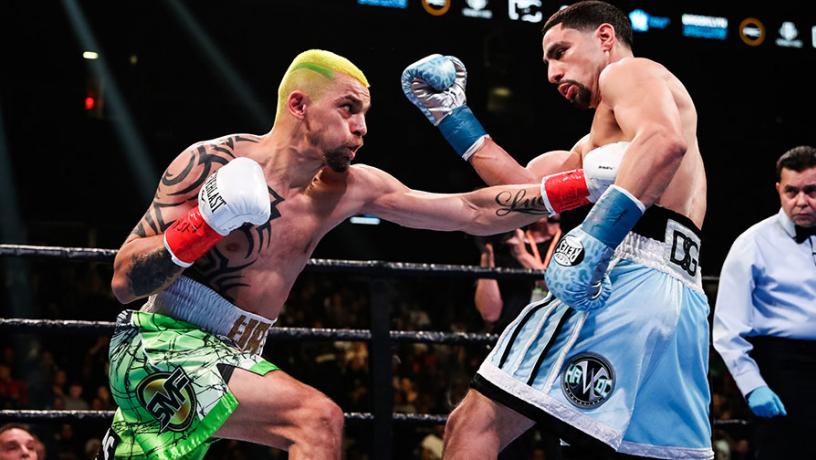 Ivan Redkach suffered a UD loss to former two-division World Champion Danny Garcia in their WBC Welterweight Title Eliminator on the PBC on SHOWTIME card at Barclays Center in Brooklyn. 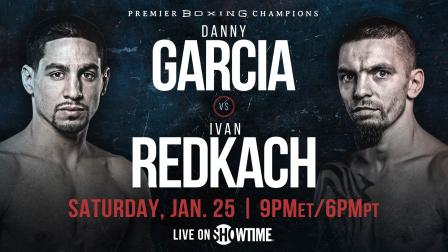 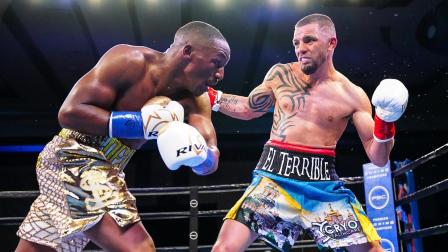 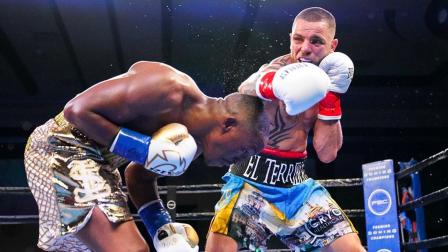 What We Learned: Garcia vs. Redkach

A look at key takeaways from Saturday night's PBC triple-header on SHOWTIME.

Former two-division champion Garcia wants another world title, but he must first get by an equally hungry Redkach in a welterweight showdown Saturday night on SHOWTIME.

John Molina Jr.  WINS against Ivan Redkach  by KO in Round 4 of 10

No Contest vs Antonio Sanchez 5-1-2

Ivan Redkach Antonio Sanchez by ND in Round 2 of 6

Possessing a come-forward style and plenty of power, Ukrainian southpaw Ivan Redkach always excites in his pursuit of a 147-pound World Title.

FROM UKRAINE TO THE U.S. BY WAY OF MEXICO

Ivan Redkach remembers the first time he came to the United States from his native Ukraine, where he started boxing at the age of six and had a decorated amateur career of 300 or so fights.

“I went to Mexico to train. All Mexicans and one white guy from Ukraine with only an amateur style,” said Redkach, who has at times worn the colors of the Mexican flag on his trunks.

“Every Mexican fighter – excuse my language – kicked my ass. After six months and a little more experience as a professional, I returned with a Mexican style and kicked everybody’s ass. I had a reputation with Mexican fans and fighters.”

Redkach's professional debut on November 3, 2009 was a 49-second TKO of Keith Kelly at 133 ½ pounds, representing his first of four consecutive stoppage victories and 11 in his initial 12 bouts.

Redkach was 18-0 (14 KOs) entering a title eliminator against Montenegro’s DeJan Zlaticanin, who improved to 21-0 with his 14th stoppage victory, halting Redkach in the fourth and going on to become a world champion.

Redkach went 2-1-1 over the course of his next four bouts. In October 2015, he stopped Eric Daniel Martinez in the third round. That was dollowed by a draw versus Luis Cruiz in April 2016. Redkach suffered a unanimous decision loss to future champion Tevin Farmer in July 2016 but he bounced back in January 2017, stopping Demond Brock in eight rounds.

Redkach would hit a rough patch over his next two bouts, losing a 10-round split decision to Argenis Mendez in May 2017 and a fourth-round KO loss to John Molina Jr. that December.

On June 9, 2018, Redkach returned with an eight-round unanimous decision win over Brian Jones at Staples Center in Los Angeles. He followed that up with an impressive first-round KO win over Tyron Harris in February 2019 at Microsoft Theater in Los Angeles.

On June 1, 2019, Ukrainian-born brawler Ivan Redkach won a clash of southpaws and his welterweight debut against former two-division champion Devon “The Great” Alexander, scoring three knockdowns in the sixth and final round for a sensational knockout at the Soboba Casino in San Jacinto, California.

It was the first time Redkach, 33, worked with new trainer and legendary boxer, Shane Mosley. It was also the first time Alexander had been stopped in his pro career.

On January 25, 2020, Redkach took on two-division champion Danny “Swift” Garcia at Barclays Center in NBrooklyn. The hard-hitting Redkach would come up short, losing via unanimous decision.