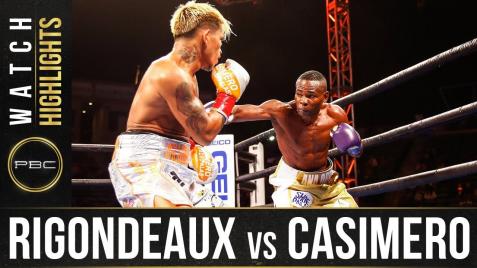 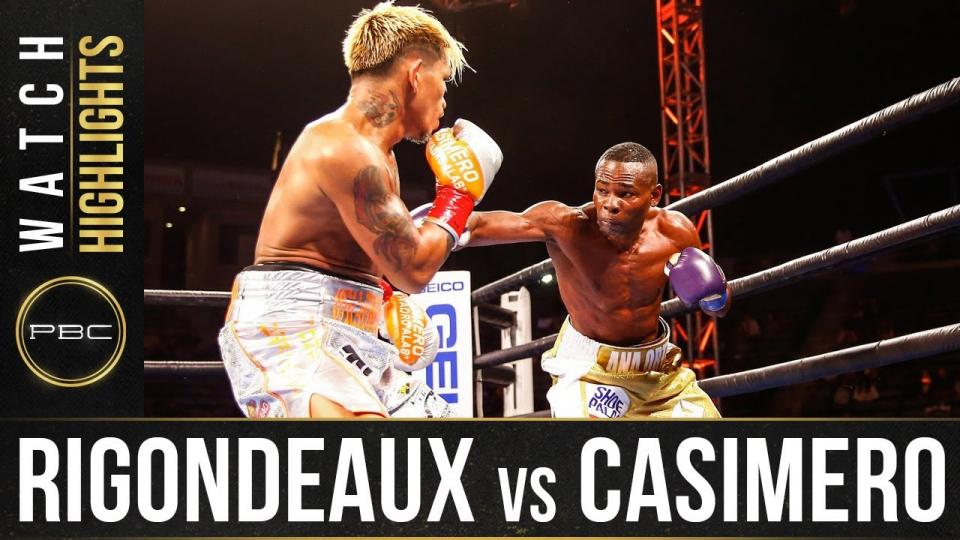 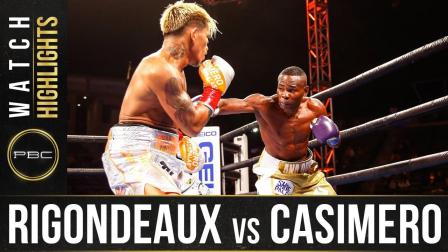 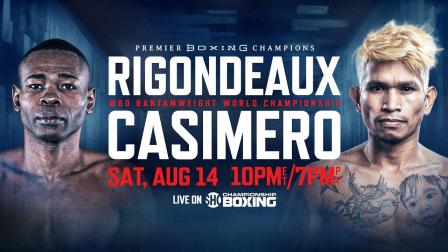 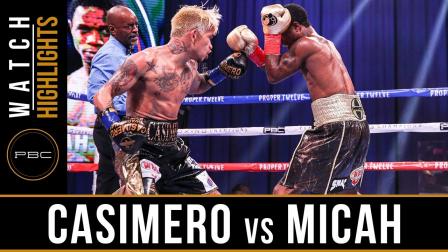 Proudly representing the Philippines, John Riel Casimero is one of the hardest hitters in the game. The brash, unorthodox slugger currently holds the WBO World Bantamweight title and is on the hunt to unify in one of the game's best divisions.

John Riel Casimero was not quite a teenager in 1998 when his trip to a boxing gym – borne from a bullying incident in the streets of his native Leyte, Philippines – Introduced him to his path out of destitution.

“It began when a boxing coach saw me having a fist fight against three other kids who were bullies. He told me I had the potential to be a boxer because I managed to fight all three of those kids and I was beating all of them,” said Casimero.

“I started boxing at the young age of eight. My childhood was simple. I came from poverty. I finished high school and focused on boxing at the age of sixteen. I chose boxing because it is the only way to escape poverty and I also loved it.”

Casimero, whose nickname, “Quadro Alas,” translates into “Four Aces,” channeled that fury into a superlative amateur career during which he lost only three of 197 bouts.

“I became a two-time gold medalist in the Palarong Pambansa [games],” said Casimero. “It’s the most prestigious national amateur tournament in the Philippines.”

An 18-year-old Casimero won his first four professional bouts in 2007 comprising four- and six-round unanimous decisions over Loberto Bayo (June) and Roel Honor (August) and first- and second-round knockouts of Andrew Pal (August) and Dodong Zalde (December), with 10 days separating the victories over Honor and Pal.

Casimero went 7-0 (4 KOs) in 2008, his stoppages coming in the third round over Jerome Bontog (March), the first round over Honor (June), the third over Roemart Sentillas (July) and the fifth over Phaiboon Chumthong (October).

At 11-0 (6 KOs), Casimero already had competed at weights ranging from 108-to-119 ½ pounds. From the inception of his professional career, Casimero would win nine times in 10 different countries including Argentina, China, England, Mexico, Nicaragua, Panama, South Africa, Thailand and the United States.

“You gotta look this up,” said Sean Gibbons, Casimero’s American advisor. “I don’t even know if that’s ever been done in the history of boxing.”

Casimero went 4-2 (3 KOs) spanning 2009 through 2011, ending with a first-round knockout of Sentillas (October) in his lone bout of the final year.

Casimero’s 2009 featured an eight-round unanimous decision over Allan Ranada (May) preceding eighth- and 11th-round TKOs of Ardin Diale (May) and Cesar Canchila (December), the latter for the WBO’s interim 108-pound title. Just 20 days separated Ranada and Diale, and Casimero thrice floored Canchila, who entered at 28-2 (22 KOs).

But Casimero lost back-to-back championship bouts in 2010 and 2011 by split-decision and fifth-round TKO. In the former, Casimero was dethroned by southpaw Ramon Garcia Hirales (July). He then fell to IBF titleholder Moruti Mthalane (March) in the latter.

Casimero’s 2012 comprised a 10th-round TKO of Luis Alberto Lazarte for the IBF’s 108-pound championship in February, and August’s one-knockdown, split-decision in his first defense against Pedro Guevara, who entered at 18-0-1 (13 KOs).

Casimero won twice each in 2013 and 2014, the former featuring a unanimous decision over Luis Alberto Rios for his second IBF title defense in March, as well as October’s third defense by 11th-round TKO of Felipe Salguero. Rios entered at 18-1-1 (13 KOs).

Casimero rose in weight in 2014, scoring a first-round knockout of Mauricio Fuentes in March and a second-round knockout of Armando Santos in December. Casimero missed against Fuentes and could not win the IBF’s vacant 112-pound title.

Fuentes entered at 16-2 (10 KOs) but was floored three times and halted for the first time in his career, and Santos was dropped twice by Casimero

Casimero went 2-1 over the course of 2015 and 2016, splitting bouts with Thailand’s Amnat Ruenroeng. Casimero hit the deck twice during a unanimous decision loss in June 2015 to Ruenroeng, whom he dethroned as IBF’s 112-pound champion in May 2016 via two-knockdown, fourth-round knockout.

But Casimero reeled off five straight stoppage wins as a second-round TKO of Jose Pech in July 2018 preceded those in 2019 in the sixth, 12th, 10th and third rounds over Kenya Yamashita (February), Ricardo Espinoza Franco (April), Cesar Ramirez (August) and Zolani Tete (November).

"All my opponents are good fighters,” said Casimero. “But me, I'm a strong man.”

Bring On The Best

Casimero earned his third defense and sixth straight stoppage victory in September 2020 against Duke “The Baby Faced Terminator” Micah of Ghana, who entered at 24-0 (19 KOs).

Micah was floored once by a second-round right before a barrage of unanswered blows forced a referee’s stoppage in the third round.

Casimero’s fourth defense was August’s split-decision victory over two-time Olympic gold medalist Guillermo Rigondeaux, an elusive southpaw who entered at 20-1 (13 KOs) but lost, 116-112, and 117-111, with the third judge scoring for Rigondeaux, 115-113.

“I wanted the knockout,” said Casimero. “I did my best to knock him out, but Rigondeaux was running. There was no fighting.”