Cameroon-born Australian Sakio Bika was crowned champion of Season 3 of “The Contender” before going on to win a world title at 168 pounds. Read Bio

The former world champion scored a unanimous decision win—his second straight victory down under in his adopted home of Australia. 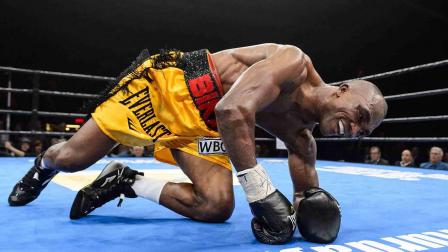 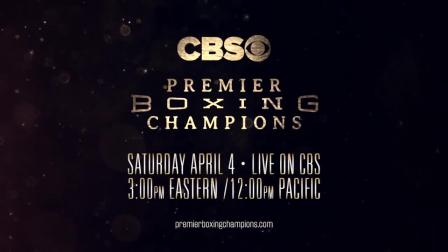 This Week in Boxing History: April 3-9

Competing for one’s country at the Olympics is one of the greatest honors an athlete can achieve. With the Rio Summer Games getting underway this weekend, some of PBC’s Olympic veterans shared their own memories and offered advice to this year’s athletes.

There were plenty of devastating punches to choose from, but Adonis Stevenson’s head-swiveling left to the chin of Sakio Bika during the fifth round Saturday was The Moment of their 175-pound championship fight in Quebec City.

Sakio Bika was born in Cameroon and represented the country in the 2000 Olympics, but he has fought his entire pro career as an Australian. After coming up short in his first two bids for a world title, “The Scorpion” found success by winning the third season of reality TV show The Contender. He eventually won a world championship at 168 pounds, and is now competing in the 175-pound division.

Bika was born in the African nation of Cameroon as one of nine children, and starred in soccer as a child.

He took up boxing at 13 years old as a way to help his family after seeing a tournament advertising prizes of household items.

He represented Cameroon in the 2000 Olympics in Sydney, Australia, and finished his amateur career with a record of 125-11.

While at the Olympics, Bika not only fell in love with Australia, but also met his future wife, Belinda.

He remained in the country, eventually receiving his Australian citizenship in October 2006.

Starting out Down Under

Bika made his professional debut in Sydney in December 2000, beating Ivan Vakulyuk via a fourth-round disqualification.

After winning his first 10 fights, Bika suffered his first setback in October 2002, when he lost a 12-round decision to Sam Soliman.

He fought his way back to earn a title shot against 168-pound champion Markus Beyer in Sachsen, Germany, in May 2013. An accidental head butt cut Beyer below his right eye, however, and the fight was stopped after four rounds, allowing the champ to retain his title.

Bika received another title shot in his next fight, taking on unbeaten Joe Calzaghe in Manchester, England, but lost a 12-round unanimous decision for his second career defeat.

Following two victories, Bika went up against unbeaten contender Lucian Bute in Montreal in June 2007, but lost a 12-round unanimous decision.

Bika raised his public profile in 2007 when appeared on the third season of ESPN reality show The Contender.

The Australian beat Donny McCrary in a five-round decision, and avenged his 2002 loss to Soliman to reach the series finale.

In the season finale at Boston’s TD Banknorth Garden in November 2007, Bika faced Jaidon Codrington for the championship. Both fighters were knocked down in the first round, but Bika eventually wore his opponent down and won by a technical knockout in the eighth round.

Bika’s success in The Contender put him back in the title hunt, but consecutive losses against unbeaten contenders in 2010 derailed his progress.

He floored Jean-Paul Mendy in the first round in July, but then was disqualified for a subsequent blow while Mendy’s knee was on the canvas. Bika then lost a 12-round unanimous decision to 168-pound world champion Andre Ward in Oakland, California, that November.

The Australian rebounded from the back-to-back losses, winning his next three fights to earn another title shot.

Bika made the breakthrough to become a world champion in June 2013, when he won a 12-round majority decision over Marco Antonio Periban at Barclays Center in Brooklyn, New York.

Bika applied pressure throughout the fight, but Dirrell floored the champ in the fifth round. After 12 rounds, though, the fight was ruled a split-decision draw, and Bika retained his title.

The two fighters met in a rematch in Carson, California, in August 2014. This time, Dirrell won a 12-round unanimous decision to take the title away from Bika.

Bika stepped up in weight to challenge 175-pound world champion Adonis Stevenson in Quebec City on April 4, 2015, in a Premier Boxing Champions fight that aired live on CBS.

Stevenson knocked Bika down in the sixth and ninth rounds. The Scorpion battled back late in the fight, however, and continually pressed Stevenson up until the final bell.

Stevenson won a 12-round unanimous decision to retain his title, but Bika extended his career streak of 42 professional fights without having been stopped.