After serving on aircraft carriers in the Navy, Steve Cunningham twice won a 200-pound world championship and is set on returning to the top. Read Bio

“ Being in the Navy, your limits are pushed beyond what you even know. That basically carried over into boxing. ”

Cunningham was outpointed over 10 rounds and dropped a unanimous decision in a matchup of 200-pound contenders. 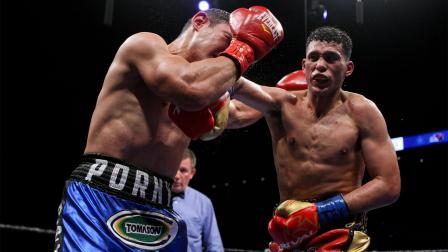 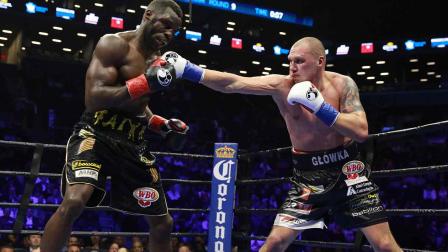 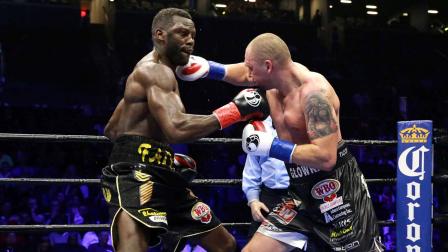 Former IBF cruiserweight champion preparing to launch a comic book series around another black protagonist, one he knows very well—himself.

Steve Cunningham has negotiated his boxing career as he has his entire life—with a no-nonsense, hard-nosed approach that has made him a winner in all aspects.

Steve Cunningham took up boxing while a member of the U.S. Navy, and the aviation boatswain's mate shined from the start. After serving aboard aircraft carriers, the Philadelphia native has continued to wield his own firepower in the ring. Twice a world champion at 200 pounds, “USS” Cunningham now has his sights set on regaining his spot atop the division.

From the flight deck to decking guys

A native of Philadelphia, one of the most boxing-rich cities in America, Cunningham began adding to his hometown’s storied legacy in the sport after joining the Navy.

He gained a reputation as a tough fighter on the streets of Philly, but he began his amateur career while based at Norfolk Naval Station in Virginia.

“It was something that burned in me,” Cunningham told SaturdayNightBoxing.com in 2012. “I wanted to fight. I wanted to box. I wanted to learn. I wanted to do this. My first amateur fight was against the light heavyweight champ of the Navy, and I beat him.”

Cunningham served in the Navy from 1994-98, serving on the aircraft carriers USS America and USS Enterprise.

He went on to win the 1998 National Golden Gloves at 178 pounds before making his professional debut in October 2000 in Savannah, Georgia, earning a four-round split decision over Norman Jones.

After winning his first 19 pro fights, Cunningham traveled to Poland to battle Krzysztof Wlodarczyk on his home turf in 200-pound world title fight in November 2006.

It would be the start of plenty of roadwork for Cunningham, who has spanned the globe, frequently fighting in front of hostile crowds.

“What excites me is fighting in the lion’s den, fighting at somebody else’s hometown where you know they’ve got the advantage, where they are expected to win,” Cunningham told Boxingnews24.com in 2014. “It’s like an extra challenge for me.”

Cunningham would end up losing a debatable split decision to Wlodarczyk, but he returned to Poland in May 2007 and won a majority decision to earn his first world title.

Cunningham then gained a 12th-round TKO of future champ Marco Huck in Germany before losing his title to Tomas Adamek in a fierce back-and-forth battle in December 2008.

Cunningham would become a world champion once again in October 2010 when he earned the vacated title with a fifth-round stoppage of Troy Ross in Germany.

After losing a pair of title fights to Yoan Pablo Hernandez in Germany, Cunningham moved up to heavyweight.

He won his debut in the division in September 2012, taking a unanimous decision against Jason Gavern in Newark, New Jersey, but he lost to Adamek again in December.

Cunningham then faced undefeated British man-mountain Tyson Fury at New York’s Madison Square Garden in April 2013. He sent Fury to the canvas in Round 2, but Fury rebounded and KO’d Cunningham in Round 7.

Cunningham bounced back with a trio of wins, including a particularly gutty performance against Amir Mansour in April 2014 in which Cunningham rallied to earn a unanimous decision after getting floored twice in the fifth round.

He experienced a disappointing setback in March 2015, though, when he lost a highly controversial decision to Vyacheslav Glazkov in Montreal.