After serving two tours in Iraq, Sammy “The Sergeant” Vasquez Jr. has traded the battlefield for the boxing ring, where he still packs plenty of firepower. Read Bio 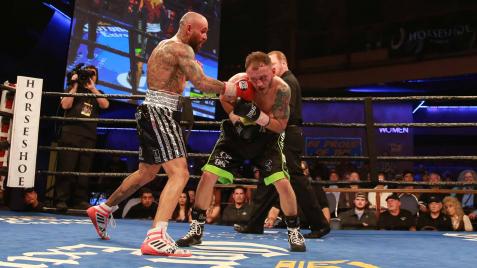 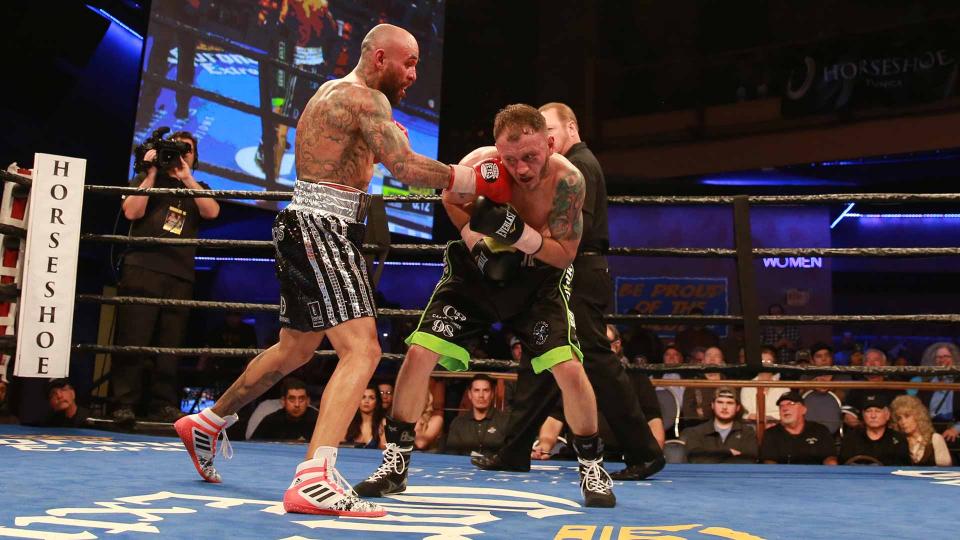 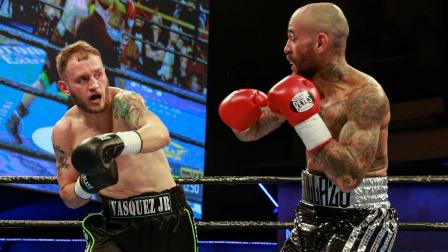 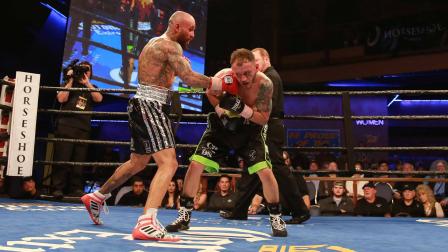 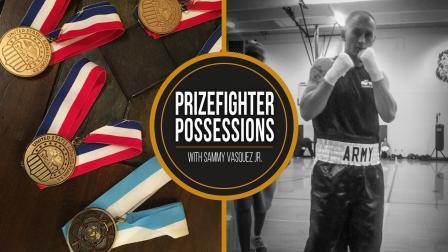 National Guard veteran contemplates a possible ring return, talks about the military-owned security company he's invested in and the upcoming birth of his fourth daughter.

Collazo gains the upper hand against Vasquez with devastating knockout

Sammy Vasquez Jr. LOSES to Luis Collazo by KO in Round 6 of 10

Sammy Vasquez Jr. WINS against Aron Martinez by TKO in Round 6 of 12

Sammy Vasquez “The Who Can Mexican”

A warrior in the ring and outside of it, former National Guard soldier Sammy “The Sergeant” Vasquez Jr. has gone from battlefields to boxing. The 147-pound contender has served his country, and now he’s serving notice to the other fighters in his division.

From bullies to the boxing ring

A native of Monessen, Pennsylvania, near Pittsburgh, Vasquez began boxing at age 9 because he was being bullied at the time.

Although Vasquez remained active in the sport through his teenage years, he enlisted in the National Guard to help pay for college, which led him to two tours of Iraq.

Eventually, Vasquez entered the Army World Class Athlete Program, earning gold in both the 2010 and 2011 Armed Forces Tournament, medaling in the CISM World Military Games and taking third in the 2012 Olympic trials.

Finding solace in the ring

After experiencing the horrors of war firsthand, boxing became therapeutic for Vasquez, who served eight years with the National Guard.

“Boxing definitely helped me out in my serenity,” Vasquez said, speaking candidly about the challenges of returning home after serving in a time of war.

“It calmed me down because when you first get back, you’re always on point. Boxing was a place where I could just unwind, take myself out of the element, relax.”

Vasquez made his professional debut in April 2012, gaining a second-round technical knockout of Clifford Gregory in Elizabeth, Pennsylvania.

Fighting primarily in his home state, Vasquez quickly began turning heads with power in both hands and his exciting, fan-friendly style.

The southpaw won 13 of his first 18 fights by way of knockout, compiling a string of eight consecutive KOs at one point.

A volume puncher as well as a crafty boxer, Vasquez defines himself as being hard to define.

“My main goal and objective is to be able to adapt inside the ring,” he said. “There are a lot of fighters who are one-dimensional. They either come forward and they’re brawlers or they box the whole time and they can’t brawl.

“I want to know every aspect of the game and make sure that no matter what, I’m going to win. It’s really hard for me to pinpoint what I am as a fighter, but I just think that in general, I’m well-rounded. I can do it all if I need to.”

Vasquez returned to the ring on June 21, 2015, making his Premier Boxing Champions debut against Wale Omotoso at the MGM Grand Garden in Las Vegas in a 147-pound bout that aired on CBS.

The Pennsylvania native gained the upper hand throughout the early portion of the 10-round bout. Omotoso, however, battled back in the middle rounds and bloodied Vasquez's face.

Vasquez sent Omotoso's mouthpiece flying to the canvas with a solid left hand in Round 5, and continually landed the bigger blows in the fight.

Vasquez continued to press forward throughout the fight and wore his Nigerian opponent down, winning a unanimous decision by scores of 98-92 on all three judges' scorecards.