It's a Bomb Zquad takeover as former WBC heavyweight champion Deontay Wilder joins The PBC Podcast to discuss a variety of topics, including his October 15 showdown versus Robert Helenius on FOX Sports Pay-Per-View from Barclays Center in Brooklyn. You don't want to miss what the "Bronze Bomber" has to say! Also, hosts Kenneth Bouhairie and Michael Rosenthal preview the weekend's action and, in this week's Toe to Toe segment, list the "Top Five Heavyweight Fights of the 21st Century" and more!

Trailer for the clash between Deontay Wilder and Johann Duhaupas in Legacy Arena, Birmingham, Alabam 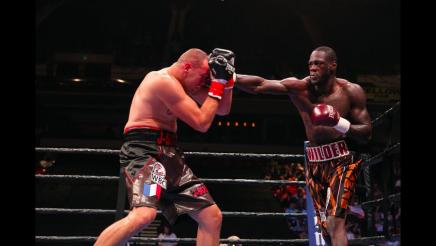