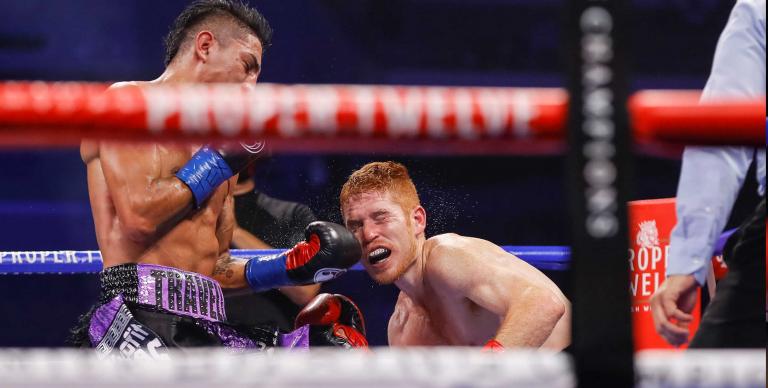 The fight broke open in the sixth round when Barrios landed a straight right hand that sent Karl down for just the third time in his career. Karl’s problems were further exasperated after an accidental clash of heads created a brutal cut on his forehead which proved to be too much to cope with. The 25-year-old Barrios smelled blood and closed the show in emphatic fashion, landing a left hook that sent Karl down and out at 2:23 of the sixth round. At the time of the stoppage, Barrios was ahead on all three scorecards (48-47 and 49-46 twice).