Fred Kassi may have given up seven inches in height to Dominic Breazeale, but he gave him hell as part of the deal. In a rugged back-and-forth heavyweight scrap with plenty of close, competitive rounds, Kassi proved to be the toughest test yet for Breazeale, who earned a hard-fought unanimous decision to remain undefeated.

Breazeale worked behind his jab in Round 1, pressing the action as Kassi circled the ring.

The former college quarterback largely abandoned his jab for a time after that, loading up on hard right hands, allowing Kassi to get inside, where he was able to do his best work.

Kassi fought on his heels, moving backward most of the night, landing good shots intermittently as Breazeale came forward firing rights, pressing Kassi into the ropes.

In Round 6, Breazeale began to pump his jab more, which paid immediate dividends as he was able to disrupt Kassi’s charge.

Breazeale landed withering body shots to the midsection in Round 8 as Kassi began to slow down a bit. 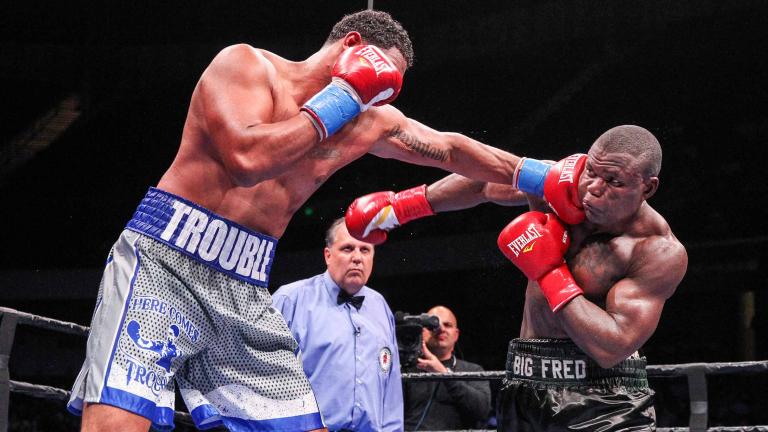