A nine-month layoff, the longest of his career, couldn’t slow Brandon Figueroa down. Neither could Damien Vazquez, despite his best efforts. The WBA World Super Bantamweight Champion turned in arguably the finest performance of his career, breaking the gutty Vazquez down and administering non-stop punishment until referee Gary Rosato halted the action to award him the victory at 1:18 of the 10th round.

The bout could have been stopped earlier. The 23-year-old Figueroa (21-0-1, 16 KOs) hurt Vazquez on a number of occasions, closing his right eye nearly shut and leaving visible welts on his ribs.

Vazquez (15-2-1, 8 KOs) landed several big shots from his southpaw stance early on. Figueroa walked through them, switching from lefty to righty and landing a considerable amount of punches from either position. The tide began to shift in his favor in the fifth as several body shots backed Vazquez up.

Bloodied and bruised, Vazquez let it all hang in the seventh. Figueroa, however, can take a shot as well as deliver one. The Weslaco, Texas product refused to take a backward step, pounding Vazquez around the ring.

The bout grew increasingly one-sided in the ensuing frames. The ringside physician checked in on Vazquez prior to the start of the ninth. He allowed the fight to continue but it was over moments later as Figueroa mercifully battered Vazquez until Rosato saved him. 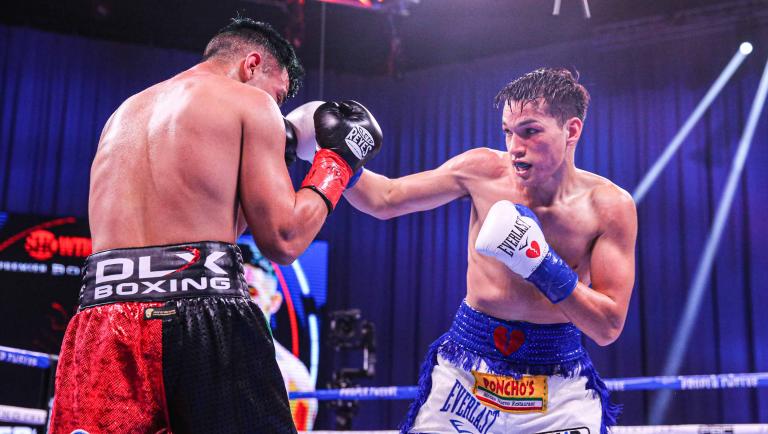