Andrzej Fonfara won a close unanimous decision over Nathan Cleverly in a bout that set CompuBox records for punches thrown and landed in the 175-pound division.

Records were broken, a nose was broken, but the will to win from these two lay-it-all-on-the-line warriors was never imperiled as Andrzej Fonfara and Nathan Cleverly dueled relentlessly in an instant-classic slugfest where the only head movement came from necks snapping back after absorbing one power shot after another.

Doubling and tripling up on his jab, Cleverly controlled the range in the first three rounds, landing at will. But it wasn’t enough to keep the hard-charging Fonfara off him for long.

Fighting before an adoring crowd in his adopted hometown of Chicago, Fonfara began to put his stamp on the fight in Round 4, when he blitzed Cleverly early with a flurry of combos.

From there, the action only intensified, as Cleverly and Fonfara stood toe-to-toe and blasted away at each tirelessly the whole fight.

Cleverly landed a record-setting 474 shots and peppered Fonfara with eight straight punches at one point in Round 9.

Ultimately, it was Fonfara who landed the harder shots, busting Cleverly’s nose midway through the fight and rocking him repeatedly with savage left hooks. 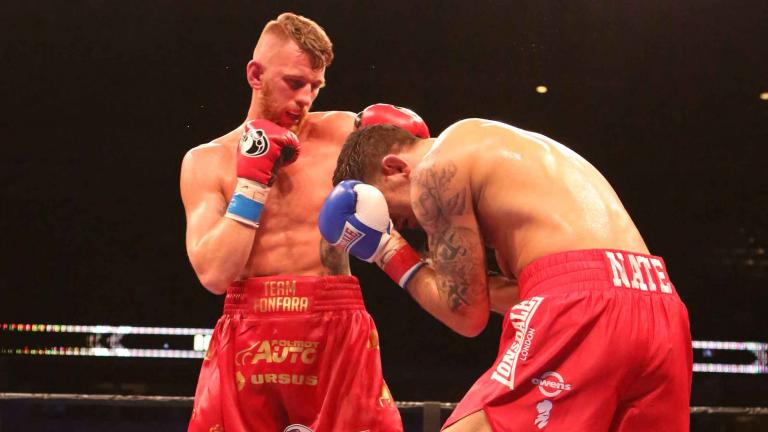 Presenting the 12 Rounds of Christmas: Round 7 (Andrzej Fonfara vs Nathan Cleverly)

The headhunting began from the opening bell and didn’t stop for 36 minutes. In between, two 175-pound warriors engaged in an epic battle of wills, the turning point coming in a seventh round that could only be described as savage.

Records were broken and noses were broken, but Andrzej Fonfara’s and Nathan Cleverly’s will to win was shatterproof.