Stephen Fulton, in his first bout since his title unification win in the 122-pound division, defends his titles with a UD win against former unified world champion Danny Roman.

WBC and WBO 122-pound World Champion Stephen Fulton Jr. dominated on his way to a unanimous decision over former unified champion Danny Roman Saturday night in the main event of action live on SHOWTIME in front of a sold-out crowd at The Armory in Minneapolis in an event presented by Premier Boxing Champions. 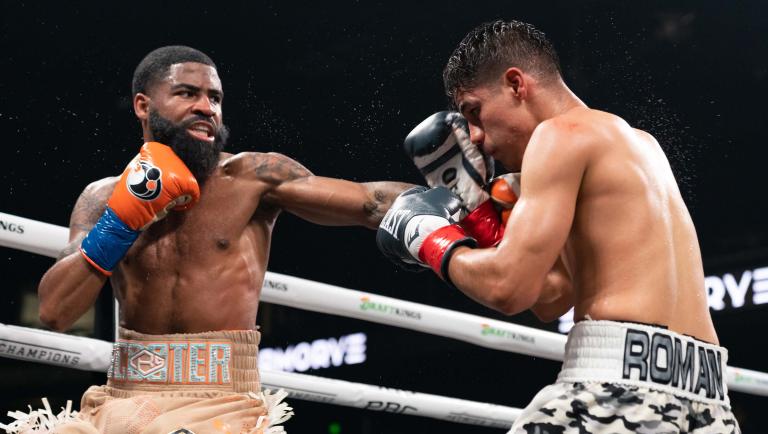 “I made a hell of a statement tonight,” said Fulton. “I prepared for this and I told y’all I was going to make it easy and fight depending on how I wake up, and I woke up feeling good.”

“There’s no excuse,” said Roman. “I think this fight proves who the best 122-pound fighter in the division is. Fulton did that tonight. He proved it. I wish him the best and I hope he goes and achieves what I couldn’t achieve. Go become undisputed. Like I said, this fight proved who is the best in the division. Fulton was the better man tonight.”

Known as “Cool Boy Steph”, Fulton (21-0, 8 KOs) was in control throughout the action, showing off expert movement against an aggressive opponent, while consistently finding openings for his offense. Roman (29-4-1, 10 KOs) pushed the pace early and often, initiating offense with power and body shots, but was more often than not countered effectively before Fulton removed himself from any danger.

“It was very important to control the distance tonight,” said Fulton. “Like I said before, in the last outing with Brandon Figueroa, I didn’t have the energy because I didn’t make the weight the right way. So shout out to my dietician. Any moment he had, I took it right away from him. I neutralized the threat.”

After unifying titles last November in an all-action showdown against Brandon Figueroa, Fulton used more movement on his way to a wider decision in his first defense as unified champion. Fulton’s accuracy was a key throughout, as he held a 36% to 17% edge in connect percentage according to CompuBox.

The Philadelphia-native closed out the bout in impressive fashion, moving to the inside for the final three rounds as he continued to batter and frustrate Roman. Overall, he held a 218 to 113 lead in punches landed, including 112 to 68 in power shots. In addition his nine jabs landed per round was more than double the average for the weight class. After 12 rounds, all three judges were in agreement on Fulton’s dominance, with final scores of 120-108 twice and 119-109.

“I started walking him down because I saw that he had been slowing down,” said Fulton. “I feel like the more I kept boxing, the more I just got a little tired of boxing. Me trying to walk forward to him wasn’t going to happen all the time, but I definitely saw him slowing down. I wanted to stop him but I didn’t get that.”

“You already know what’s next,” said Fulton. “I want M.J. I got to finish this up. But much respect for Danny Roman. Much respect.”