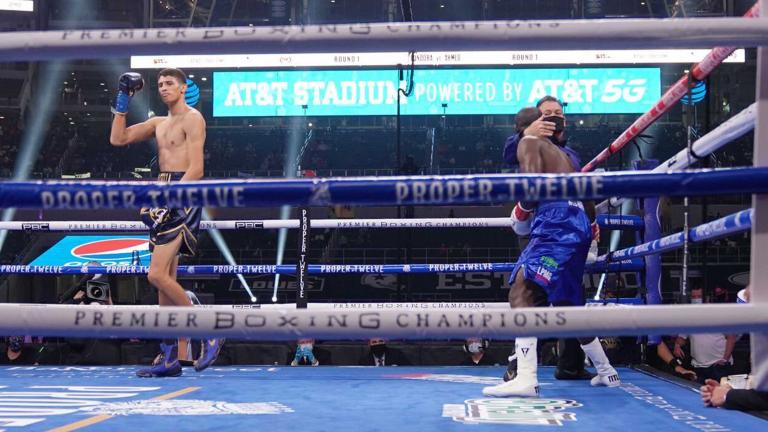 Fundora was in control from the outset, stunning Ahmed in the early moments of round one with a left uppercut from his intimidating six-foot six-inch frame. Ahmed was able to make it through a rocky first round, but encountered similar problems in round two.