Polish southpaw Krzysztof Glowacki twice dropped Marco Huck in the final round for an 11th-round knockout that foiled Huck’s attempt at a record 14th defense in the 200-pound division at the Prudential Center in Newark, New Jersey.

Highlights of Marco Huck vs Krzysztof Glowacki and Antonio Tarver vs Steve Cunningham.

Glowacki controlled the action for the first three rounds, but Huck roared back in the middle rounds and gained a sixth-round knockdown of Glowacki, who landed flat on his back on the canvas.

After back-and-forth action throughout the next few rounds, Glowacki took control in the 11th. 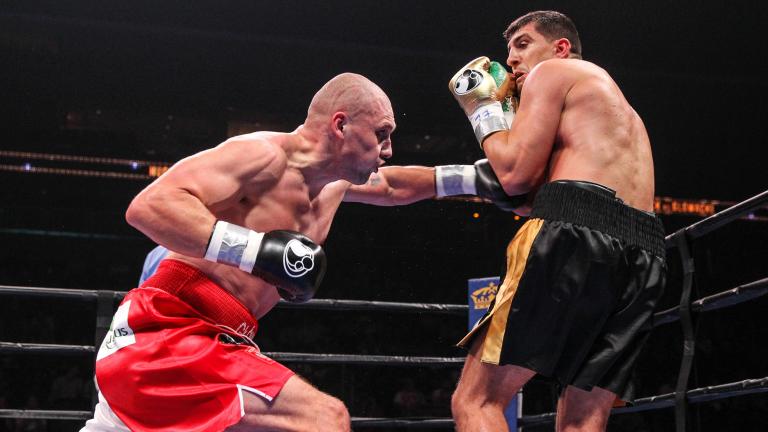 Huck went down in a neutral corner from a left hook-straight right hand combination, but was able to return to action. But Glowacki was on him yet again, driving him through the ropes with an eight-punch combination before referee David Fields waved an end to the bout at the 2:39 mark

Huck had shared the record of 13 title defenses with Johnny Nelson, having first won the title by unanimous decision over Victor Emilio Ramirez in August 2009. 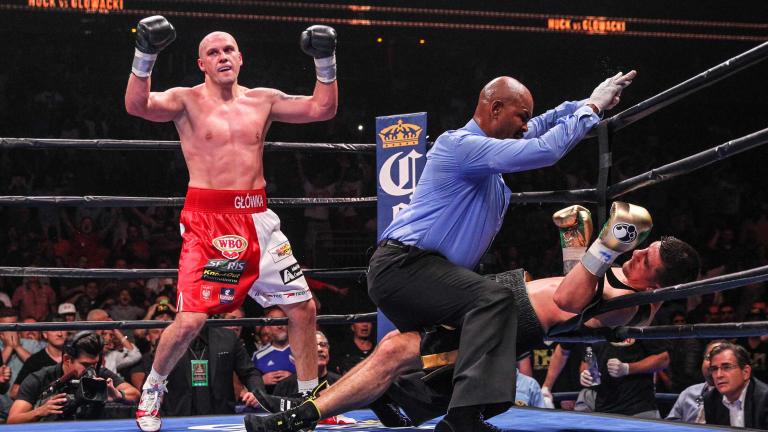 This Week in Boxing History: August 14-20

This week in boxing history, PBC revisits title defenses by two heavyweight greats, a controversial light heavyweight title bout, a dramatic knockout in our 2015 Fight of the Year and the only boxer to hold world titles in three weight divisions simultaneously.

Johnny Nelson reigned over the 200-pound division for six years and 13 title defenses from 1999 to 2005. Marco Huck had matched him on both counts, with 13 defenses of his own and a six-year run from 2009-15. But he was looking to take those records all for himself August 14 with a win over Polish southpaw Krzysztof Glowacki.

Presenting the 12 Rounds of Christmas: Round 6 (Marco Huck vs Krzysztof Glowacki)

Power and precision, toughness and tenacity, unbreakable will and undeniable heart—all are attributes that drive fans to boxing. And they were all on display for three mesmerizing minutes in Newark, New Jersey, on August 14.