Tugstsogt Nyambayar delivers Cobia Breedy his first-ever career loss and walks away victorious by way of SD, becoming next in line for the WBC Featherweight Title. 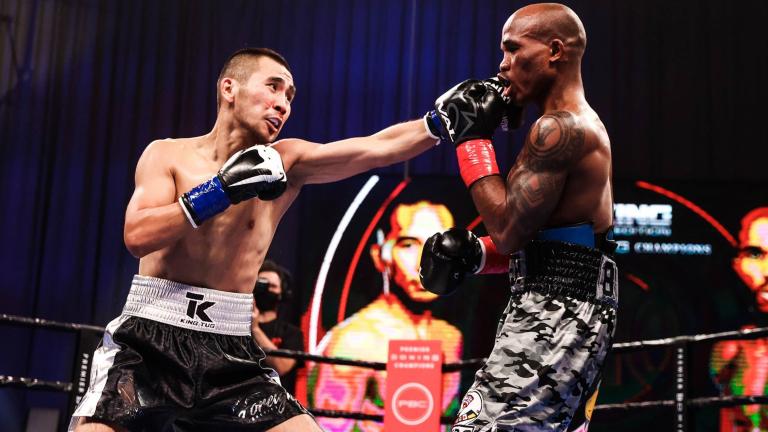 Nyambayar dropped Breedy twice in the opening two rounds, once with his right hand and once with his left, but the gutsy Breedy climbed his way back into the fight after the early setbacks. Breedy was the busier fighter, throwing 62 punches per round compared to 47 for Nyambayar. “King Tug” landed the harder punches and connected on 51 percent of his power punches in the fight.