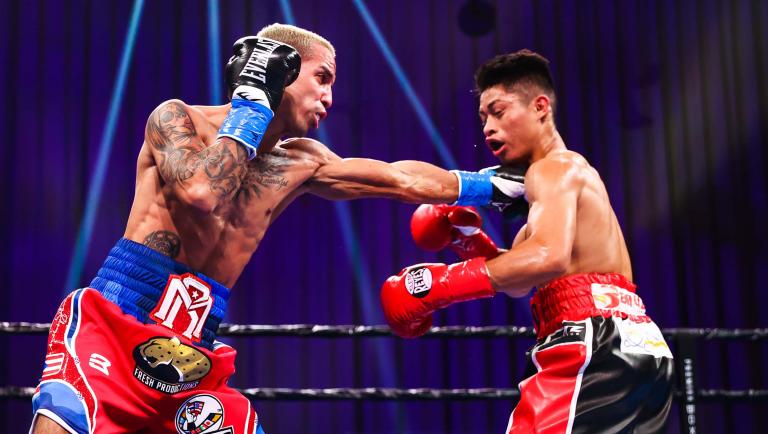 Saturday’s headliner in the last SHOWTIME BOXING event of 2020 was competitive from the opening bell. In only three of the twelve rounds were Rodriguez and Gaballo separated by more than three landed punches. Overall, Gaballo (24-0, 20 KOs) threw 148 more punches than Rodriguez (19-2, 12 KOs), but still managed to connect on 16 fewer power punches. The punches of the 28-year-old Rodriguez seemed to be cleaner, as he wobbled the Filipino Gaballo on more than one occasion. However, two of the judges favored Gaballo’s aggression over Rodriguez’s ring generalship.