Edwin Rodriguez barely survived the first round after being floored twice, but he quickly rallied to stop Michael Seals in the third round, using three knockdowns of his own.

In a rock-em-sock-em shootout, Edwin Rodriguez proved to pack the bigger punch in his 175-pound showdown with Michael Seals.

Seals (19-1, 14 KOs) had never been knocked down in his career coming into the scheduled 10-round bout at the Beau Rivage Resort & Casino in Biloxi, Mississippi. But Rodriguez (28-1, 19 KOs) ended that in a hurry, putting Seals down once in the first and once in the second before putting him down for good in the third in a gutty, iron-willed performance.

After Rodriguez caught Seals with a left uppercut that sent him sliding across the canvas in the first round, the former Alabama A&M linebacker came right back and floored Rodriguez twice within seconds.

Rodriguez barely survived the first round, but bounced back in the second using his jab to keep Seals at bay. The tactic paid off when an overhand right put Seals down, and this time it was his turn to get bailed out by the bell.

There would be no escape in the third. Rodriguez connected on two jabs before deploying a 50-megaton overhand right that sent Seals reeling halfway through the ropes before he ricocheted back into the ring.

Referee Fred Steinwinder III didn’t let Seals attempt to regain his senses as he waved a stop to the fight 24 seconds into the round. 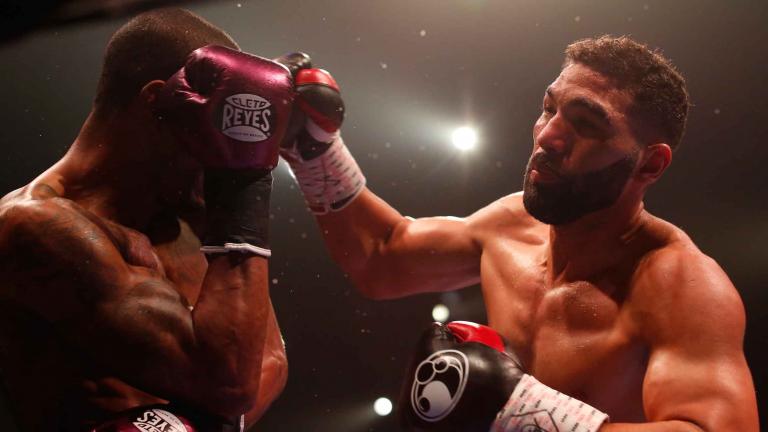 Edwin Rodriguez, right, stormed back after getting floored twice in the first round to gain a third-round TKO of Michael Seals in Biloxi, Mississippi. (Eli Baylis/Premier Boxing Champions)

What makes the PBC Round of the Year? Three knockdowns is a good start

Not even half a minute in, and Edwin Rodriguez was thinking game over against Michael Seals on November 13 in Biloxi, Mississippi.

The gift that keeps on giving: Presenting the 12 Rounds of Christmas

We’re not gonna lie to you: We didn’t go out searching for 12 drummers drumming or 10 lords a leaping, let alone six geese a laying. (Although if anyone knows where to find eight maids a milking, please give us a shout.)