After crossing the pond for his first U.S. fight, Lee Selby proceeded to submarine his opponent in equally deep waters.

Selby, making his American debut in Glendale, Arizona, successfully defended his 126-pound world title against Fernando Montiel, who fell short in his attempt to become the fourth Mexican fighter to win a world championship in four weight classes.

Working behind a rifling jab, Selby used his length to his advantage early, circling Montiel in the center of the ring and controlling the distance.

Beginning in Round 3, Selby began to let his hands go more after bludgeoning Montiel with the aforementioned jab, landing some hard rights and buckling his opponent's knees with one in a series of crisp lefts.

Montiel did his best to get inside on Selby and get some shots off, cornering the Welshman toward the end of Round 4 and peppering him with combos. He built on this momentum, culminating in Round 6, when Montiel repeatedly hammered Selby with left hands until the champion's eye became red and swollen.

Selby, who did very little body work in the first half of the fight, began to target Montiel’s ribs in Rounds 7 and 8, grinding away down low and then going up top.

Montiel continued to come forward gamely, pressing the action throughout the night and having his moments, cracking Selby with a snapping right in Round 10 and then scoring with some uppercuts.

Selby consistently landed the harder shots, however, rocking Montiel with both hands en route to winning a unanimous decision and retaining his world title. 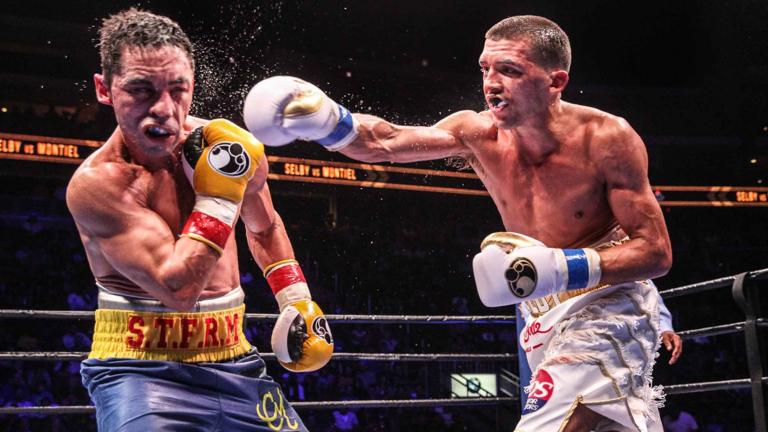 Lee Selby earns high marks following his U.S. debut—that is, from everyone but himself

If the scorecards of the three ringside judges were any indication, Lee Selby put on one heck of a performance in his American debut.

After crossing the pond for his first fight on these shores, Lee Selby proceeded to submarine his opponent in waters as deep as the Atlantic.

From Lee Selby’s perspective, trash talk is cheap. All that really matters is what transpires within the four corners of the ring.