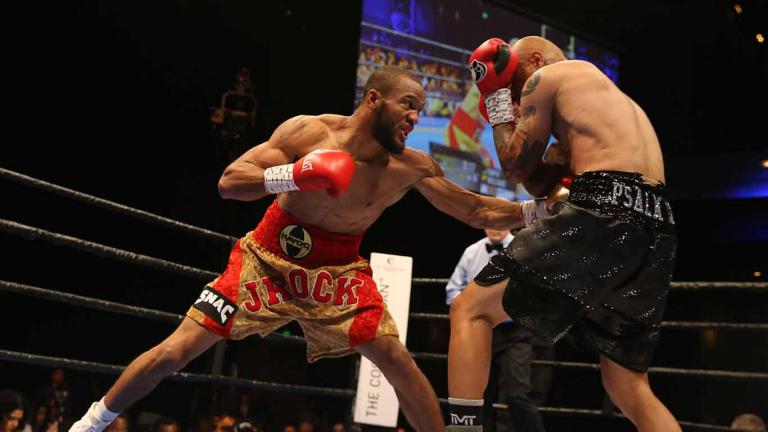 It was anything but easy as Williams threw everything but the kitchen sink against Smith, who walked through his best shots and used his experience and top-level conditioning to make it a close fight. Ultimately, Williams (24-1-1, 15 KOs) prevailed via a tightly-contested ten-round decision. The scores didn't reflect how close of a fight it was, they read 99-91, 98-92, and 97-93 in favor of Williams.

Smith (29-9, 12 KOs) has never been known for being an action fighter, but Williams was able to bring it out of him. Williams forced Smith to exchange more than usual from the opening round onwards. Smith looked dedicated to targeting the body of Williams and did it with a lot of success beginning in the second round.

A headbutt in the second round caused a cut to open up near the left eye of Smith, and it immediately bothered him. Williams capitalized on the cut in the third round by opening up even more, landing some pretty heavy blows, including a straight right midway through the round that stopped Smith in his tracks.

The action continued to heat up as Williams tired a bit, the only stop in the action was when the two would clash heads and referee Russell Mora would halt things to examine both fighters.

Williams' aggressiveness is what cost him in a loss to Jermall Charlo for a 154-pound title a year ago. Against Smith, he didn't seem to tighten up his defense much, allowing Smith to answer back when Williams would open up.

Smith started timing Williams' jab with counter rights, which slowed Williams' attack a bit midway through the fight. There was a lot of back-and-forth but Williams seemed to get the better of it more often than not. Though all the rounds were pretty closely contested, the judges favored Williams' work and it earned him the nod.