In a fight that was tight all the way through, Antonio Tarver and Steve Cunningham battled to a split draw.

Antonio Tarver and Steve Cunningham may be long-shot contenders for a heavyweight title given their ages and undersized status by modern-day standards. And after a split draw at the Prudential Center in Newark, New Jersey, their chances at earning a title shot could be even more dubious.

Cunningham’s subtle power and durability stole the earlier rounds, even as he fought through a welt over his right eye down the stretch.

But Tarver overcame a slow start, fatigue and an aggressive body attack by Cunningham.

Tarver was often the slicker, more efficient puncher, but Cunningham had more energy early on before being stunned by separate left hands in the fourth and fifth rounds.

In the end, the aging former world champions had to settle for a draw with judges Robin Taylor and John McKaie on the opposite sides of 115-113 scores, while John Stewart had at 114-114. 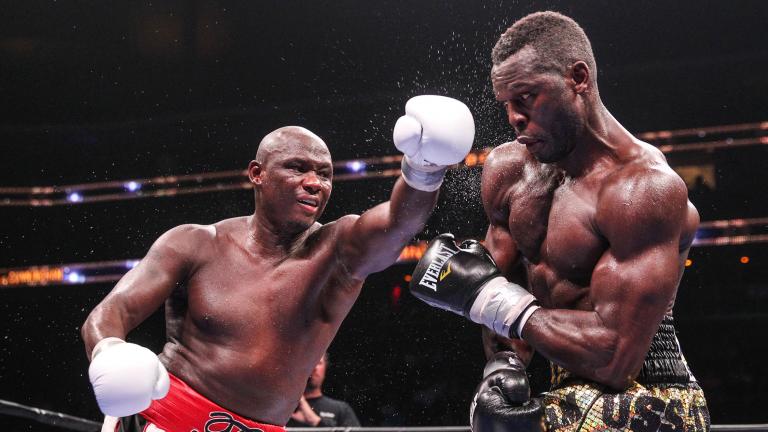 Antonio Tarver expects the arrival of a grandson next month. But Friday night, the 46-year-old southpaw continues his quest to become the oldest man to win a heavyweight championship.

Antonio Tarver is determined not to become Roy Jones Jr. in his quest to win a heavyweight title.

Steve Cunningham doesn’t have a problem with European dudes, though the feeling likely isn’t mutual: He’s dished out more punishment to fighters from that continent than Jägermeister has to collegiate livers.