Former World Champions Adrien Broner and Jessie Vargas fought to a majority draw in a highly-entertaining main event of a PBC on Showtime card at Barclays Center. 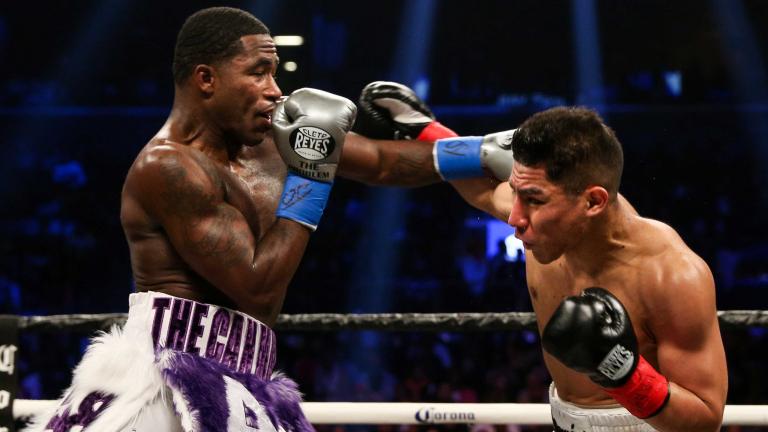 The back-and-forth battle was a tale of activity vs. accuracy. Vargas was by far the more active fighter, throwing 839 total punches, 300 more than his opponent. Yet the flashy Broner was supremely accurate, connecting on 44 percent of his power shots and 38 percent of his total punches, compared to just 27 and 24, respectively, for Vargas.

Broner (33-3-1, 24 KOs) came on strong in the second half of the fight, picking up rounds eight through 10 on all three of the judges' scorecards. The 12th round was crucial in determining the draw, which was scored 115-113 Broner and 114-114 twice. The judges agreed on eight of the 12 rounds but couldn't agree on the final round, which was ruled differently by the two judges who scored the fight a draw.

"I want to thank Jessie Vargas. He's a two-time world champion for a reason," said Broner, who was working for the first time with Kevin Cunningham as his head trainer. "He came to fight but at the end of the day, you all know I beat him. Point blank, period.

"I was connecting with rights. I got warmed up in the early portion of the fight. My trainer was a big help tonight. I want to thank Coach Cunningham as well as my original coach, Mike Stafford, for realizing I needed to do something different.

"I would love to fight Vargas again, but let's go back to my town to do it."

Vargas (28-2-1, 10 KOs) worked off the jab and was incredibly effective with his body shots in just his second fight with trainer and former world champion Mike "The Body Snatcher" McCallum.

"It must have been a close fight for the judges to have scored it the way they did. I felt that I won the fight and I was up two rounds. I'm relying on the judges to make the right decision.”