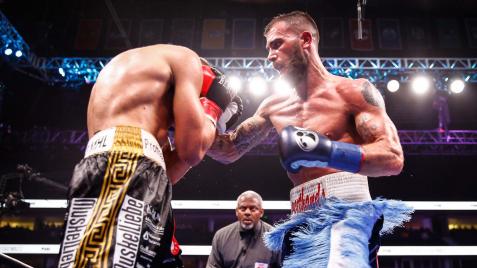 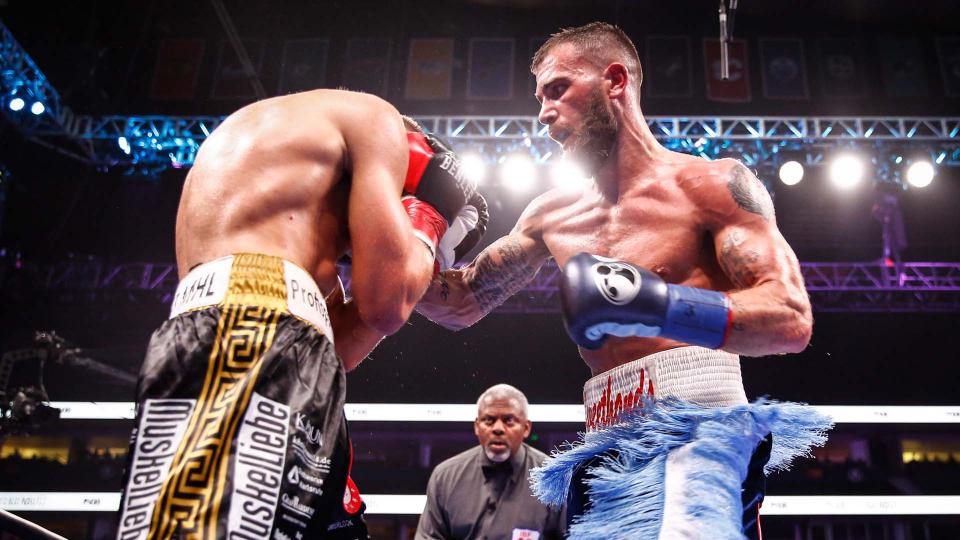 Super Middleweight World Champion Caleb Plant put on a show in his hometown of Nashville—defending his IBF 168-pound with a 10th-round TKO of Germany's Vincent Feigenbutz on PBC on FOX. 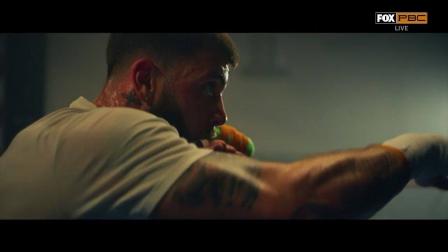 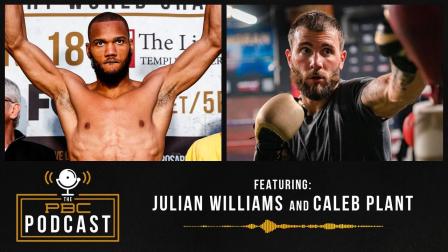 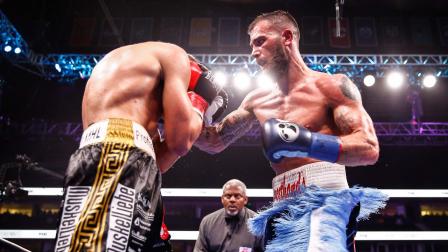 Father's Day: A Celebration of Life

Robert Guerrero, Caleb Plant, Shawn Porter, Joey Spencer, and each of their fathers, celebrate their bond in and outside of the ring.

This Week on The PBC Podcast: Caleb Plant & Julian Williams

Two of the world's best are eager to get back in the ring and lay claim to the top spot in their respective divisions.

Caleb “Sweethands” Plant, 26, is a rising star with the skills to match. The bigger the stage, the better the performance from the Nashville, Tennessee native, as proven when he wrested the world title away from the incumbent, Jose Uzcategui, in January 2019. Plant’s story is far from complete, but his journey thus far is already compelling.

The middle child between two sisters, Caleb Plant was born on July 8, 1992, in “The Music City.” His parents couldn’t afford a crib for their newborn so they used a dresser drawer.

Boxing was Plant’s outlet. His father Richie, a former kickboxer, introduced his son to combat sports at age nine. Plant went on to compile a 97-20 amateur record, winning several championships in Tennessee.

Plant made his pro debut at 21, in May 2014. He stopped Travis Davidson in 47 seconds at the USC Galen Center in Los Angeles, California.

Plant won his first five fights, four of them inside the distance. But in January 2015, tragedy struck. Plant’s only child, daughter Alia Jean, died from an extremely rare condition she was born with.

Before she passed, Plant promised her that he would become a world champion one day. He returned to the ring two months later, scoring a first-round KO against Daniel Henry in what was scheduled to be his first six-rounder.

In June 2015, Plant elevated his opposition, taking on Juan Carlos Rojas at the Sands Casino Resort in Bethlehem, Pennsylvania. Plant patiently broke Rojas down, stopping him in the fourth round. By now, the Nashville native was gaining a reputation for being a smooth boxer with heavy fists.

After a first-round TKO over Zoltan Zera in August, Plant returned the ring just a month later, winning an eight-round unanimous decision over Jamar Freeman.

On Oct 31, 2015, Caleb outpointed veteran Tyron Brunson via another eight-round unanimous decision. His record had climbed to 13-0 (10 KOs) when he fought in his first 10-round main event, in August 2016. The bout took place at the Sands Bethlehem Event Center in Bethlehem, Pennsylvania and was nationally televised by ESPN. Plant dominated, shutting DeAngel out to win by scores of 100-89 on all three of the judge’s scorecards.

Plant followed up that win with a 10-round unanimous decision over Ghana’s Thomas Awimbono in February 2017.

In September 2017, Plant won another 10-round unanimous decision, over journeyman Andrew Hernandez, at the Hard Rock Hotel & Casino in Las Vegas.

Plant was the superior boxer, flummoxing Mexico’s Medina with his unique combination of skill and swagger, winning a wide 12-round unanimous decision. Scorecards read 120-108, 119-109, and 117-111.

Plant was ready for a world title. He was granted that opportunity on January 13, 2019, when he took on IBF World 168-pound Champion Jose Uzcategui at the Microsoft Center in Los Angeles.

The headlining fight drew a peak audience of 986,000 on FS1. It was a star-making performance. Plant out-boxed and out-brawled the favored Uzcategui, dropping the Venezuelan once in the second, and again in the fourth, and overcoming a cut over his right eye to win a 12-round unanimous decision.

An emotional Plant said afterward, “I worked my whole entire life for this, boxing 17 hard years. This is overwhelming. I believed in myself and now I’ve been crowned king.

“I buried my daughter in the process of getting this belt. I promised I would bring her this, and that’s what I’m going to do.”

Plant was now 18-0 (10 KOs). On July 20, 2019, Plant made the first defense of his title, facing Mike Lee in a Premier Boxing Champions on FOX headliner. "Sweethands" lived up to his moniker, overpowering Lee on his way to a one-sided, third-round stoppage win.

On Saturday February 15, 2020, Plant returned to his home state of Tennessee for his next bout, taking on hard-hitting, former interim world champion Vincent Feigenbutz at Bridgestone Arena in Nashville. It was the first time Plant fought at home since turning professional. A raucous crowd turned up to see their native son turned world champion. Plant didn't disappoint, showing a variety of skills, to go along with power, speed and swag.

Plant dominated from the opening bell, breaking Feigenbutz down and inducing the stoppage at 2:23 of the 10th round in the FOX PBC Fight Night main event. It was a pound for pound performance.

“I was super fueled, I could have gone all night,” Plant said. “The whole city came out. Nashville stand up. I felt great. I was relaxed, sharp, I told you guys I would stop this fight before the 12th round."

“Everybody knows I want that unification fight with David Benavidez,” said Plant. “You know who the best 168-pounder is. If you want that, you have to come see me. I’ve been wanting that fight. I’ve been asking for it. I’m tired of waiting.”