In the co-main event, top lightweight contender Isaac “Pitbull” Cruz (24-2-1, 17 KOs) delivered a highlight-reel knockout over veteran contender Eduardo Ramirez (27-3-3, 12 KOs) in the second round of their showdown. 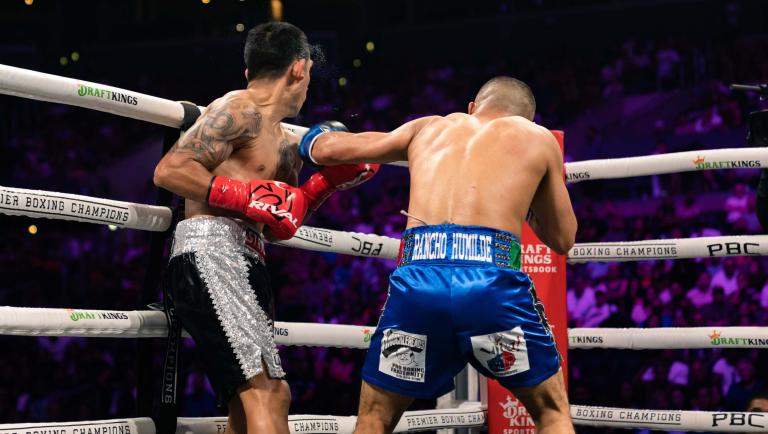 Already a fan-favorite after giving three-division world champion Gervonta Davis all he could handle in defeat at this same arena last December, Mexico City’s Cruz entered the ring to roaring approval as he looked for another statement victory.

"I was ready to win at all costs, for my family and what better way to win than here in front of all the great fans in Los Angeles,” said Cruz.”

Midway through round two, Davis showed the fight-changing power that he possesses and that has helped make him a fan favorite in Los Angeles and beyond. Cruz first connected flush with a big left hook around a Ramirez jab that sent Ramirez to the mat hard.

While Ramirez was able to get to his feet, Cruz pushed forward, sensing his moment to end the fight. Using a feint right hand, Ramirez caught Cruz cleanly with another left hook and followed up with a powerful right hand to score a second knockdown. This time referee Jack Reiss jumped in immediately and halt the bout 2:27 into the round.

"I lost and I have to accept that,” said Ramirez. “I'll get better and move forward. I felt like I was fighting well and then everything turned all of a sudden. That's just boxing. Now I'm going to rest, recover and plan my next moves going forward. But I'll definitely be back, you can count on that."

"We want the rematch with Gervonta Davis,” said Cruz. “That's what these fans want. I promised the knockout tonight and we got it done.”