It was déjà vu all over again for Alfred Tetteh.

The Ghana native was stopped by Abraham Lopez in May after being dropped by a wicked body shot in Round 5. Rising 126-pound prospect Miguel Flores took even less time to deliver the same fate to Tetteh, scoring a second-round knockout at Austin City Music Hall in Austin, Texas.

At the beginning of Round 2, Tetteh got on his bike in an attempt to elude Flores’ charge. It was to no avail.

Flores caught him with a right hand that set up a left hook to Tetteh’s midsection that sent him to the canvas. Referee Gregorio Alvarez counted out Tetteh at 1:10 of the round for Flores' ninth career knockout. 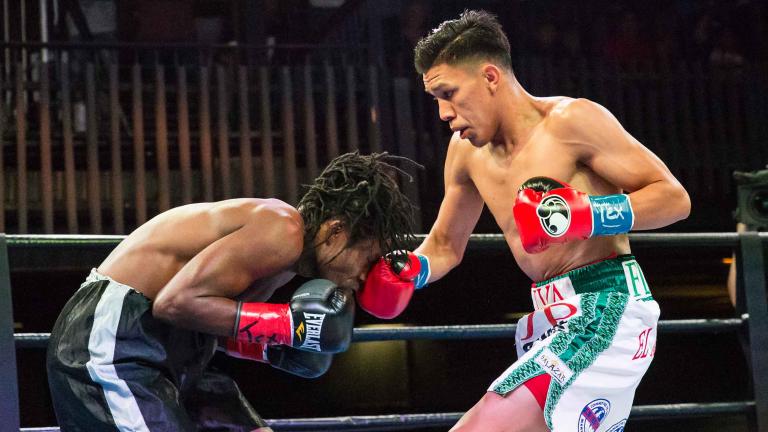 Karim Guerfi didn’t just flip the script on Alejandro Gonzalez Jr. on Tuesday at the Austin Music Hall in Austin, Texas. He rolled the script up and used the thing to bludgeon his opponent into submission.