Gary Antonio Russell is looking to make a name for himself in the talent-rich bantamweight division. Read Bio 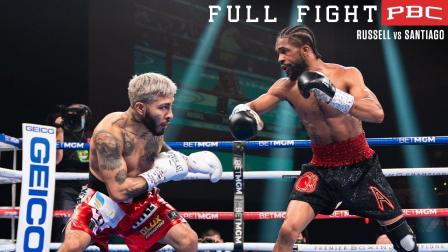 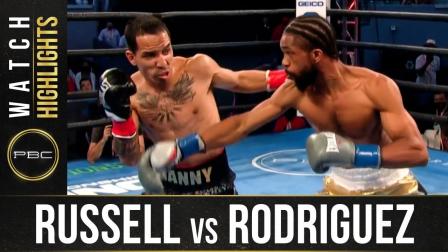 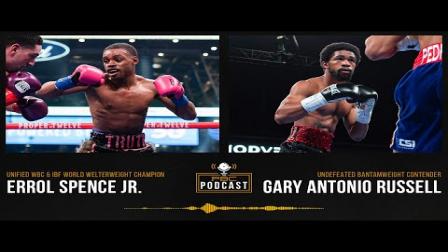 BombZquad! Wilder Torches Helenius in One Round

The former long-time heavyweight champion scores another frightening first round KO in front of a raucous crowd at Brooklyn's Barclays Center in the main event of the FOX Sports PBC Pay-Per-View.

Fulton ascends to the 122-pound throne, unifying the WBC and WBO titles in an epic Fight of the Year candidate Saturday night on PBC on SHOWTIME.

No Contest vs Emmanuel Rodriguez 21-2-0

Antonio Russell Emmanuel Rodriguez by ND in Round 1 of 12

Hailing from the boxing royalty that is the Russell family, Gary Antonio Russell is on the rise in the red-hot 118-pound division as he closes in on a world title shot.

Gary Antonio Russell is among six fighting brothers, all of them southpaws who were both trained in their basement by and named after their father, Gary Sr. Gary Sr. was also a former boxer who now does so in the family-owned Enigma Boxing Gym in Capitol Heights.

“I draw energy and motivation from my Dad and my brothers—all of which goes into the ring where you’re never just fighting me,” said Antonio, a father of two daughters. “Gary’s opened the door, creating an awesome legacy and some big shoes to fill, and Antuanne and I have the skills and abilities and embrace the opportunity to walk through it.”

When they’re not balled into fists and gloved, Antonio’s hands gently plait the hair of his children, Nylah-Love, 9, and Geniya, 7, into salon-worthy braids. He is also fluent in sign language.

“I was in a gas station and this girl was trying to order something. I noticed that she was deaf. I asked her, ‘Are you deaf?’ And she said, ‘Yes.’ So, I said, ‘Well how can I help you?’ From that moment, I was like, ‘Dang, the language barrier really stops people from talking to one another,” said Antonio, who is working on a clothing line for a deaf friend.

“So, I started texting her and she started telling me to watch some movies to learn how to sign. I watched this movie called, ‘The Shape Of Water.’ I kept watching that movie over and over, reading books and watching videos. Sign language has just stuck with me. I slow down on [the sign language] during training camp, but it’s a different way to reach out to my fans who are hearing impaired.”

‘Looking To End My Opponent’

Antonio’s gloved fists are dangerous in the ring as indicated by a 5-0 mark (4 KOs) in 2015, beginning with a January second-round knockout of Harold Reyes and ending with October’s third-round TKO of Eduardo Melendez.

In 2016, “Another” followed April’s second-round TKO of Alberto Serna with a six-round unanimous decision over Rudolph Hedge in June. He then proceeded to stop stopping two of his 2017 opponents in the third round and the other in 75 seconds.

Antonio scored his fourth and fifth straight knockouts in May and August 2018 by fifth-round TKO over Jonathan Lecona Ramos and 78-second knockout over Nick Otieno, respectively. Antonio registered his seventh consecutive stoppage in March 2019 via sixth-round TKO of Jose Maria Cardenas.

“The first round, I’m always looking to take my guys out. I want to go in there, get the job done and get it over with,” said Antonio.

“If he makes it through the first round, the entire fight I’m looking for a shot or several shots that will end my opponent. I’m a no-nonsense fighter whose foot is on the gas the entire fight.”

Russell was 16-0 (11 KOs) in 2019 after November’s first-round knockout of Samuel Gutierrez, which was preceded by May’s six-round technical decision over Saul Eduardo Hernandez and his first-ever 10-round unanimous decision over Francisco Javier Pedroza in July.

“Antonio’s got exceptional punching power,” said Gary Sr. “He’s a guy who can get you out of there with either of his hands.”

Russell led by two scores of 59-55 and one of 58-56 when the Payano bout was halted due to a deep gash over Payano’s eye, ruled to have been caused by an accidental head butt.

“I landed a hook that split [Payano’s] eye, so the cut was from that, but I was fighting Payano within days of when we were dealing with a family loss, so I wasn’t focused,” said Antonio.

“I was looking to establish my jab and to try to set up a hook, but he came in at the same time. I prepared for this fight looking to broadcast my talents and show everyone what’s in my arsenal, but unfortunately, the headbutt happened. For the second fight in a row, that was very disappointing.”

The Russell family also experienced the mid-December passing of 26-year-old Gary Darreke, whose heart attack took him within 10 days of Antonio’s clash with Payano.

After the no-decision to Rodriguez, Russell won a 10-round majority decision over Alexandro Santiago in November 2021. He would face Rodriguez again on October 15, 2022, at Brooklyn, New York's Barclays Center on a FOX Sports PBC Pay-Per-View. Another clash of heads after the ninth caused the bout to go to the cards where Rodriguez won a technical unanimous decision.

“He was the better fighter today,” said Russell. “I felt like he out pointed me. I thought I started to pick it up after the fifth round but it wasn’t enough.”