Former IBF super flyweight world champion Jerwin "Pretty Boy" Ancajas is carrying on the fighting tradition of the Philippines as he looks to establish himself as one of the greats to emerge from that country. Read Bio 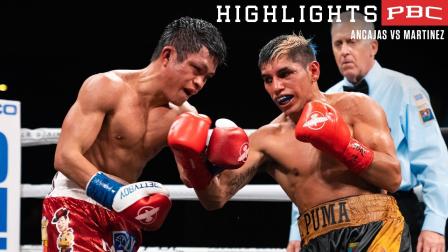 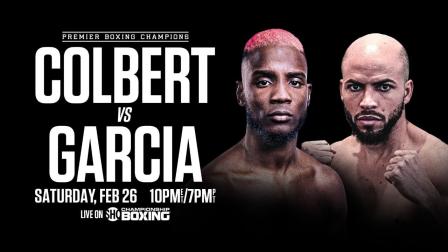 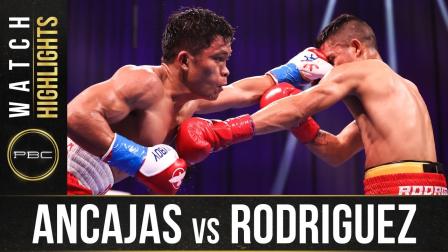 The undefeated Fundora has set his sights on 154-pound king Jermell Charlo after retaining his Interim WBC World Super Welterweight Title with a hard-fought 12-round unanimous decision over Carlos Ocampo Saturday night on SHOWTIME.

The ultra-talented super featherweight takes on a fellow unbeaten in Hector Garcia atop a stacked PBC on SHOWTIME triple-header Saturday night.

Former IBF super flyweight world champion Jerwin "Pretty Boy" Ancajas is carrying on the fighting tradition of the Philippines as he looks to establish himself as one of the greats to emerge from that country.

Born into poverty in Panabo City in the Philippines, Jerwin Ancajas was the youngest of three children born to a stay-at-home mother and a father who worked on a banana plantation.

Ancajas’ humble beginnings are similar to those of Manny Pacquiao, an eventual eight-division born in General Santos City, Philippines, who, as a 14-year-old, left his family on a ship to Manila and survived on the streets before turning to boxing.

“I love boxing. I was nine years old at home, and saw Manny Pacquiao fight on TV,” said Ancajas. “From then on, all I wanted to do was fight. I've been going to the gym since then.”

Introduced to boxing by his brother, Jesar, in the second grade, Ancajas went 90-5 as an amateur, among his many national championships being three gold medals at the National Games including at the 2008 Palarong Pambansa (Filipino National Games).

Ancajas was 15 when Pacquiao noticed him, taking him under his wing and counseling him on occasion.

A southpaw like Pacquiao, Ancajas was 17 in July 2009 when he stopped Reynaldo Buluan 48-seconds into his 110-pound professional debut.

Nicknamed “Pretty Boy” by a trainer, Ancajas settled in at 115 pounds, dominating foes. However in May 2010, he and Erwin Yamo fought to a technical draw when a cut over Ancajas’ left eye from an accidental clash of heads caused the bouts to go to the cards.

“It’s as if I could not live without boxing,” Ancajas said. “Even though I was so young.”

Ancajas went 3-1 (3 KOs) in 2012, rebounding from his first loss to Mark Athony Geraldo (March) with third, 10th and fourth rounds in August, September and December respectively to improve to 16-1-1 (8 KOs).

The knockout streak rose to 11 over the next three years as Ancajas registered two stoppages each in 2013, four in 2014 and two more in 2015.

“The Pretty Boy” was 24-1-1 (16 KOs) and had been signed by Pacquiao’s MP Promotions entering his lone fight of 2016, a September clash of southpaws with unbeaten IBF 115-pound champion McJoe Arroyo.

Ancajas dominated on his way to a wide unanimous decision to become the new champion.

“I got my full confidence until the last round,” said Ancajas, who dedicated the fight to his home province of Davao the day after an explosion caused numerous casualties there.

“I knew that Arroyo would hit me hard but I didn’t mind that because of the people watching. It started from the first round. I was inspired by what happened in Davao.”

Ancajas went 8-0-1 (6 KOs) in nine defenses over the next four years. In Fenruary 2018, Ancajas made his United States debut with a three-knockdown, 10th-round TKO of Israel Gonzalez in Corpus Christi, Texas. He followed that up with a near-shutout unanimous decision over Jonas Sultan in May and a draw with Alexandro Santiago in September.

In 2019, Ancajas registered consecutive sixth-round knockouts of Ryuichi Funai (May) and Miguel Gonzalez respectively. In his lone bout of 2021, he successfully defended his title a ninth time with a unanimous decision over Jonathan Rodrigez in April.

“My body betrayed me,” said Ancajas, who will invoke the rematch clause to again face Martinez on October 8 after losing by scores of 118-110 (twice) and 117-111 on the third judges’ card. “I could see his punches. I knew they were coming, but I couldn’t react. Even my brain wouldn’t respond. No muscle memory.”

Ancajas and Martinez would fight again on October 8, 2022 at Dignity Health Sports Park in Carson, California, live on SHOWTIME. Again, Martinez was victorious, retaining his title by 12-round unanimous decision. Scores read 119-109, 118-110, 118-110.