Delvin Rodriguez is going to be seeing left hands in his nightmares after his tussle with Erislandy Lara.

It was a fitting tribute to Chicago, as just like their voters of yore, Lara was early and often with a powerful left hand.

Rodriguez had no answers—he could barely find Lara as shot after shot sailed wide and over the nimble Cuban.

But Lara had no trouble finding Rodriguez as he stuck his left at will, scoring a knockdown with it at the end of the sixth.

Lara continued to hammer away for the next six rounds, battering a resilient Rodriguez to wrap up a shutout unanimous decision. 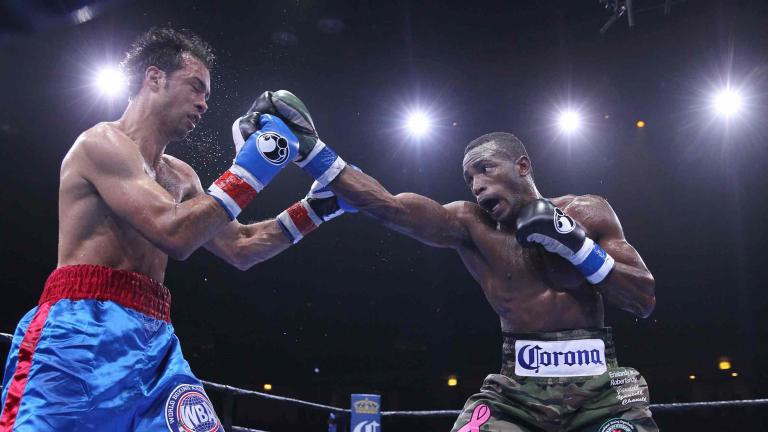 Delvin Rodriguez knew his best chance at dethroning savvy southpaw Erislandy Lara was to dispense with caution in favor of engaging in an all-out brawl.

Erislandy Lara hasn’t always had sterling luck with the judges. Losses to Paul Williams and Saul “Canelo” Alvarez can attest to that. The former tough-luck (or outright befuddling) loss made Lara so angry he came out and flattened Ronald Hearns in a minute and a half.

Everyone makes weight for Lara vs Rodriguez, Beterbiev vs Johnson

On a gray, occasionally rainy day in Chicagoland, the atmosphere inside the Virgin Hotel was convivial, filled with bright, coordinated T-shirts of fighter’s teams, brighter matching tracksuits and the brightest of all: Erislandy Lara’s underpants.