A member of the 2012 U.S. Olympic team, hard-hitting southpaw Marcus Browne has quickly risen into title contention in the 175-pound division. Read Bio 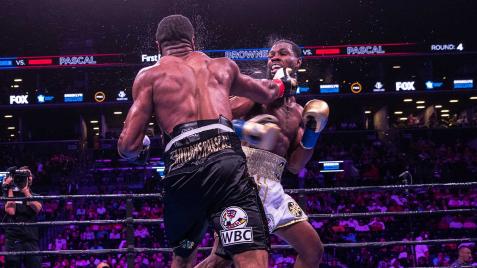 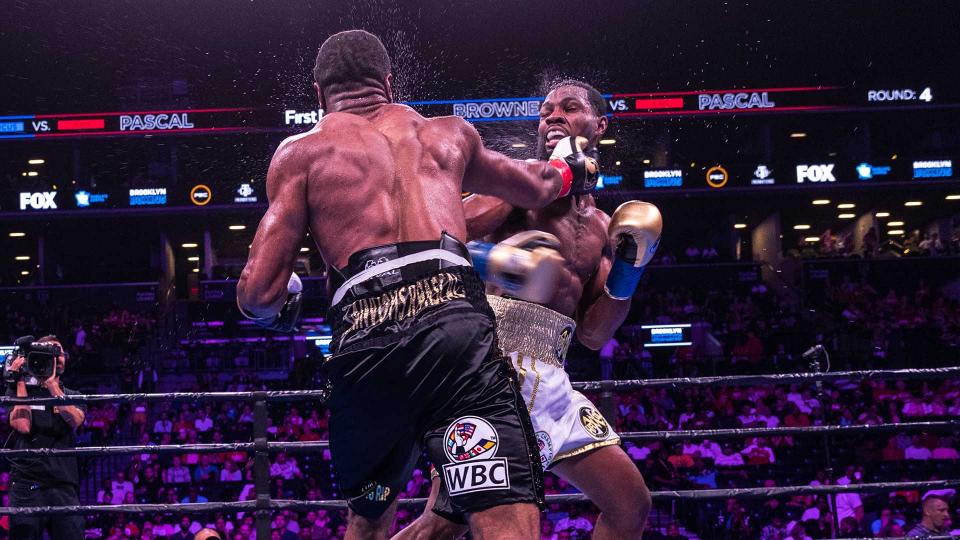 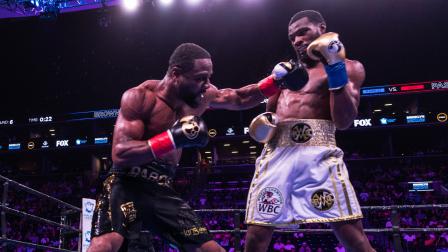 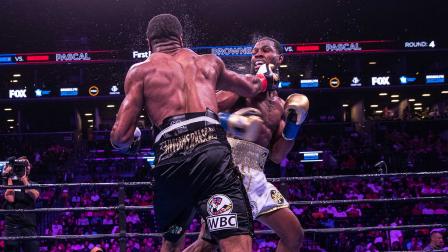 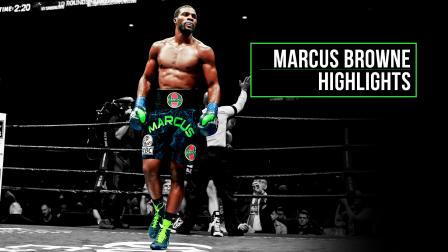 For PBC Fighters, Every Day is Mother's Day

Keith Thurman, Abner Mares, Mario Barrios and Marcus Browne explain what their mothers mean to them on this special day.

Marcus Browne is Moving Ahead

The undefeated contender takes a huge step toward a world title shot, winning a thrilling back and forth on PBC Fight Night on FOX.

2012 U.S. Olympian Marcus Browne is making his mark in the pros as one of the most feared punchers in the light heavyweight division today. That power, along with elite athleticism, top-notch boxing skills and his southpaw stance are why many believe, despite his accomplishments already, his best days lay ahead.

Marcus Browne was born and raised in Staten Island’s rough Park Hill Apartments complex with his parents and five siblings. Browne’s mother, Doris Jeffrey, grew up in the same apartment, with her father and stepmother, who fled Liberia during their civil war.

Browne was first introduced to boxing at age 13, when he followed a family friend to the Atlas Cops and Kids Park Hill Boxing Club in Staten Island. Boxing became his passion and he quickly rose through the amateur ranks.

Browne turned pro on November 9, 2012, dropping and stopping Codale Ford in the third round at Fantasy Springs Casino in Indio, California. His prodigious power was on display in all his first six fights, as no opponent lasted beyond the second round.

Browne continued to rack up impressive wins while ascending to the top of the light heavyweight division. On September 12, 2015, a 15-0 Browne took a major step up in class, facing former world champion Gabriel Campillo at Foxwoods Resort in Mashantucket, Connecticut. Browne dropped Campillo twice in the opening round, forcing referee Arthur Mercante Jr. to rescue Campillo at 0:55 of the frame.

Browne would fight one more time in 2015, a December 5th fourth-round TKO over Francisco Sierra at Brooklyn’s Barclays Center.

Browne returned to the Barclays on April 16, 2016, to face dangerous and unbeaten Radivoje Kalajdzic. The two battled back and forth in a see-saw affair. Browne dropped Kalajdzic in the first but the favor was returned in the sixth. After eight rounds, one judge saw it in favor of Kalajdzic (76-74), while the other two saw Browne winning by scores of 76-74 and 76-75, giving him a split-decision victory.

The experience gained from the Kalajdzic bout made Browne a better fighter as he seemed to improve with each bout. On February 18, 2017, he turned in the finest performance of his career, dropping former world title challenger Thomas “Top Dog” Williams Jr. three times en route to a sixth-round TKO win at Cintas Center in Cincinnati, Ohio.

Browne topped that performance with an even better one in July 2017, dropping fellow Big Apple native Sean Monaghan once in the first and putting him away in the second at the Nassau Coliseum in Uniondale, New York.

Browne kicked off 2018 with another knockout, stopping Francy Ntetu in one round on January 20 at Barclays Center.

On August 4, 2018, he had to climb off the canvas in the fifth round to win a 10-round unanimous decision over Lenin Castillo at Nassau Coliseum. The win set up a shot at the interim WBA world light heavyweight title versus former two-division champion Badou Jack.

The bout versus Badou Jack took place on January 20, 2019, at MGM Grand Garden Arena in Las Vegas, Nevada. It was one of the bloodiest battles in recent memory, although Browne emerged from it all unscathed. The pride of Staten Island used his height, reach, power and educated boxing skills to work Jack over, opening a scary cut on Browne’s forehead that threatened to stop the fight.

Browne had his way for the entire 12 rounds, comfortable cruising to a wide unanimous decision win and establishing himself as one of the elite players in a stacked light heavyweight division.

On August 3, 2019, Browne suffered a setback when dangerous former two-division champion Jean Pascal won an eight-round technical decision over him at Barclays Center. The bout was one of the most entertaining of the year, despite the abrupt--and unsatisfying--ending. Browne was dropped twice in the see-saw affair. However, it was a brutal clash of heads in the eighth round, which caused a large cut to open over Browne’s left eye, which forced the bout to the cards.

“You have two ways to go with these things, either you run away and hide, or face them, and I’ve never ran away and hid from anything or anyone in my life,” Browne said. “My focus is on the next step and where I’m going.

“I’m not going through depression. I’m not running away from anyone. I’m annoyed at the fact that Pascal doesn’t want to fight me. I want to fight him, bro. I’d fight him tomorrow if I could."