Poland-born, Brooklyn-based heavyweight Adam Kownacki is flashing his true potential on his way to the top. Read Bio 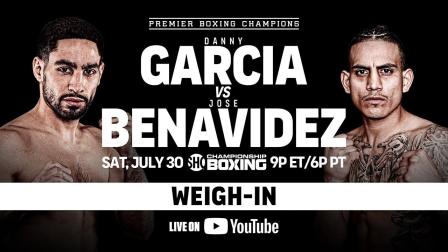 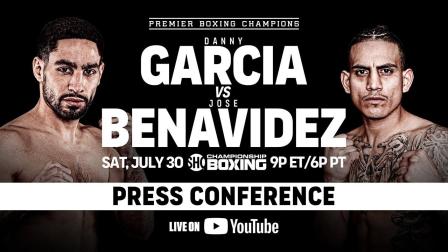 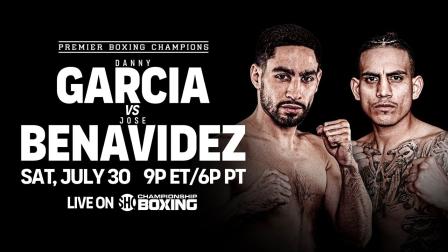 Fury digs deep to win an unforgettable classic over Wilder

With a Baby on the Way, Kownacki Aims to Deliver against Helenius

With his second son on the way, the heavyweight contender looks to exact revenge when he takes on Robert Helenius Saturday night on the Fury-Wilder 3 undercard, live on pay-per-view.

Poland-born, Brooklyn-based heavyweight Adam Kownacki is one of the hardest punchers in the division today. Never in a dull fight, Kownacki has slowly climbed the heavyweight ranks, thrilling fans everywhere with his "take no prisoners" style.

A seven-year-old Adam Kownacki arrived on U.S. soil from Lomza, Poland, in 1996. His parents came to America to provide a better life for themselves and their two boys.

Inspired by former heavyweight title challenger and fellow Pole Andrew Golota, Kownacki turned to boxing at the age of 15, earning New York Golden Gloves championships in 2006 and 2009 in addition to finishing second in 2007 and 2008.

A KNOCKOUT OF A START

Given the nickname, “Babyface” for his cherubic features, Kownacki’s aggressive, bludgeoning style belies that moniker.

“Babyface” made his pro debut in New York in October 2009 with a 22-second TKO of Carossee Auponte.

Auponte was Kownacki’s first of nine straight stoppage victories without a loss, ending with a 40-second knockout of Randy Easton in April 2015.

In his fourth fight in July 2010, Kownacki overcame an early knockdown before gaining a second-round KO of Damon Clement.

However, Kownacki fractured his left hand in the victory. The injury required two surgeries; an artificial bone was placed in that hand.

Kownacki healed enough to accept an invitation to spar with heavyweight champion Wladimir Klitschko in 2012, but he experienced another setback when he tore his left bicep.

A recovered Kownacki returned in April 2013 with a second-round TKO of Calbert Lewis, and, four fights later, defeated the aforementioned Easton.

Kownacki then won six straight (three by knockout), capped by a second-round TKO of Joshua Tufte in January 2017 at Barclays Center in Brooklyn, New York.

On July 15, 2017, the 6-foot-3 Kownacki proved he was a serious threat with a fourth-round TKO of former title challenger Artur Szpilka in an all-Polish battle at Nassau Veterans Memorial Coliseum in Long Island, New York.

Kownacki stopped Szpilka quicker than both heavyweight champion Deontay Wilder and title challenger Bryant Jennings, who did so in the ninth and 10th rounds, respectively. In January 2018, he registered a sixth-round knockout of Iago Kiladze.

“I pressured and stopped him like I knew I would. I had to prove that I’m the best of the Polish heavyweight fighters, which is definitely a step up. It was a life-changing moment.”

Kownacki draws a big, largely-Polish contingent to Barclays Center in his hometown of Brooklyn. In September 2018, he won a unanimous decision over former world champion Charles Martin (25-2-1, 23 KOs) in an all-out brawl that left his boisterous Polish fans giddy.

“It’s time to continue my goal of getting a title shot,” said Kownacki. “I'm a man on a mission to become the first Polish, Polish-American heavyweight champion of the world. No one will stop me.”

Kownacki returned to the ring on August 3 versus former world title challenger Chris "The Nightmare" Arreola at Barclays. The two warriors produced a classic heavyweight brawl, landing a combined 667 punches and throwing 2,172, both CompuBox heavyweight records. In the end, Kownacki's skill and firepower were too much as he won a 12-round unanimous decision by scores of 118-110, 117-111, 117-111.

On March 7, 2020, Kownacki took on Robert Helenius in front of 8,811 boisterous fans at Barclays. "Babyface" got off to a hot start, working Helenius over with body shots. But the "Nordic Nightmare" sprung a surprise, dropping Kownacki with a hard right in the fourth and putting him away with a follow-up flurry that forced referee David Shields to wave the bout off at 1:08 of the fourth.

"It wasn't my night," said Kownacki. "It's boxing. It's a tough sport and things just didn't go my way tonight. It was a learning experience and I'm going to go back to the drawing board and get back to work.

"He hit me with a good shot. I knew what was going on, but I'm just upset with myself. It is what it is."

Kownacki was unable to exact revenge when the two met on October 9, 2021 at T-Mobile Arena in Las Vegas, live on pay-per-view. Helenius was victorious again, this time stopping Kownacki in six rounds.

On July 30, 2022, Kownacki would lose his third straight, dropping a 10-round unanimous decision to 2016 Turkish Olympian Ali Eren Demirezen. In his 11th fight at Barclays Center, Kownacki rode the urging of his hometown fans to a fast start as he targeted Demirezen’s body frequently in round one. As the bout progressed, Demirezen flipped the script and ended up being the more aggressive fighter, throwing 915 punches to Kownacki’s 851, while landing 239 power punches compared to Kownacki’s 186.

“I’m a bit rusty, I think he was getting off first in the exchanges, I didn’t’ sit down as much, I think the rust played a part, being out so long,” said Kownacki. “I was out of the ring since last October, camp was good but I don’t know, I was letting him get off first, I wasn’t moving my feet. I went back to the old me instead of the first few rounds when I was doing good.

“I have two kids, I’ll have a long talk with my wife to see what I want to do. I’ve had so many fights here, so many great memories, I don’t want to go out like a loser. I would like another fight to leave my fans with a win.”