Undefeated featherweight Carlos Castro is the latest product from Arizona impressing fight fans with his blend of boxing skill and a warrior's heart. Read Bio 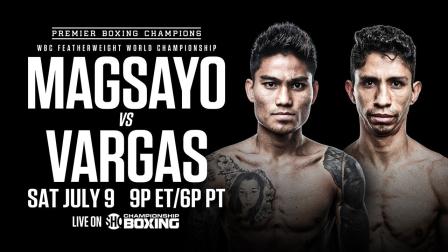 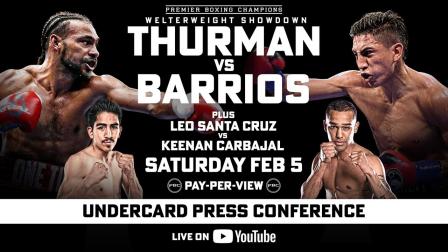 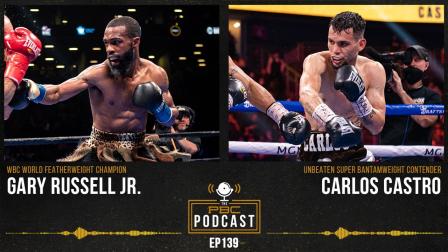 The Time is Now For Carlos Castro

The undefeated 122-pounder promises an action-packed fight, and a victory, when he steps up against former two-division champion Luis Nery Saturday, February 5 on PBC FOX Sports Pay-Per-View.

Born in Mexico but raised in Arizona, Carlos Castro is one of the best pure boxers in the sport today. The undefeated Castro is fast closing in on a world title shot has he climbs the ranks of the stacked 122- and 126-pound divisions.

Carlos Castro was born in Ciudad Obregon, Sonora, Mexico, and moved to Phoenix with his family when he was two years old. At age seven, he discovered boxing at Knockout Boxing Club and never looked back.

Castro had an extensive amateur career consisting of nearly 200 fights and won three National Championships. Castro made his pro debut at the local Celebrity Theater on June 16, 2012, winning a four-round unanimous decision over Tony Green.

Castro fought 16 of his 20 pro bouts at the Celebrity Theater, cultivating a loyal fan base in his hometown. He lives and trains in Phoenix under the guidance of Angel Soto, who has been his trainer since he was 10 years old.

Castro took a big step up in competition in September 2016 against longtime contender Jorge Diaz, stopping Diaz in the opening round. He went 2-0 in 2017, shutting out Juan Palacios over eight rounds in April and knocking out Basilio Nieves in the fourth round in October.

On February 24, 2018, in Phoenix, Castro knocked out Alexis Santiago in the 10th and final round after Santiago’s corner threw in the towel. It was the first time Santiago (21-5-1 entering the fight) had been knocked out as a pro. Castro returned to the ring that August, cruising to an eight-round unanimous decision over Diuhl Olguin at Gila River Arena in Glendale, California.

On February 10, 2019, Castro took on the 32-1 Genesis Servania in Fresno, California for the vacant WBC Continental Americas Super Bantam belt. The smooth-boxing Castro was at his best, winning a wide 10-round unanimous decision. Castro would notch two more wins in 2019, a 10-round unanimous decision over Mario Diaz in May and a first round KO of Daniel Lozano that November.

Castro made a significant switch when he enlisted respected trainer Manny Robles to his team. Then, on August 21, 2021, he took on the toughest opponent of his career, two-time interim featherweight world champion Oscar Escandon. The bout took place on the Manny Pacquiao-Yordenis Ugas FOX Sports pay-per-view undercard at the T-Mobile Arena in Las Vegas.

In the biggest fight of his career, Castro looked better than ever, overcoming a slow start to stop the rugged pintsized Escandon at 1:08 of the 10th round.

Escandon shook Castro a few times in the first, crushing the younger, taller fighter with a brutal left hook near the end of the first three minutes. Castro allowed the squatty 37-year-old Escandon (26-6, 18 KOs) inside, using counter right hands to establish a distance that worked. In the seventh round, Castro appeared to knock down Escandon, which was overturned between rounds to be ruled a slip—rightfully so.

By then, Castro had gained control of the fight.

In the 10th, Castro applied pressure and landed a right on the chin that stunned Escandon, and he followed that with a right in the back of his left ear and sent Escandon down. Referee Celestino Ruiz took a close look at Escandon, who took a knee, then waved it over.

“I knew it was going to be a slow start,” Castro said. “Manny Robles taught me a lot, but a year and a half out of the ring, a new coach—it’s always different. Sparring and training is always different from fights, so I feel great and happy for the opportunity. I have to keep progressing.

“Escandon has been in there with the best. He’s gone a lot of rounds with world champions. But it was just a matter of time, picking our punches. I sat down a little more on my shots. I’ve been with Manny Robles for only four months. With a little more time, I think we’ll be able to dominate the division.”

Unfortunately Castro would suffer the first loss of his career in his next bout, dropping a split decision loss to former two-division champ Luis Nery on February 5, 2022.