Peter Quillin moved to New York City at age 18 to pursue a career in the ring, and "Kid Chocolate” developed into a world champion at 160 pounds. Read Bio 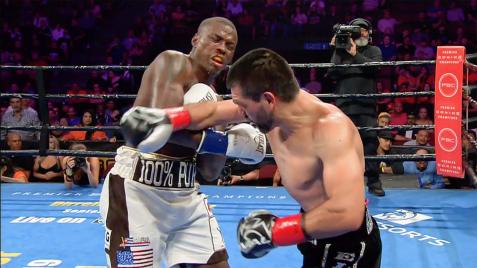 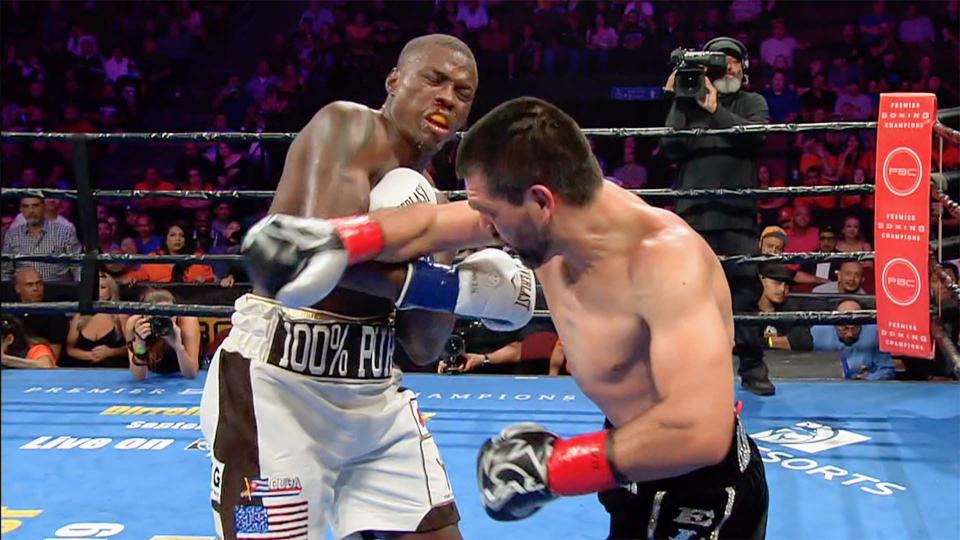 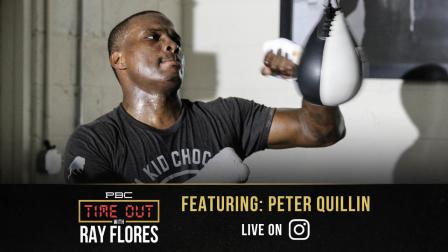 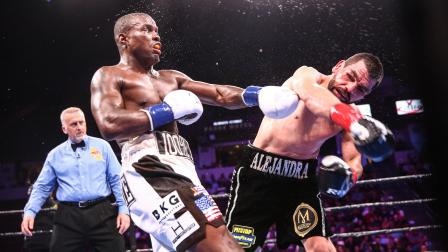 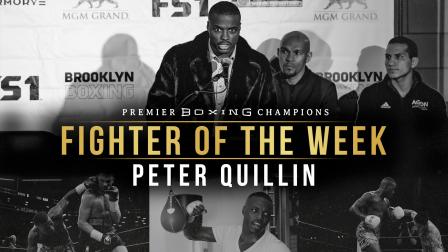 Fighter Of The Week: Peter Quillin click here to get video transcript

The Mexican warrior is back in world title contention after stunning Quillin during their back and forth super middleweight encounter Saturday night on FS1.

Peter Quillin vs. Alfredo Angulo: No Turning Back

Expect a good, old-fashioned brawl when veterans Peter Quillin and Alfredo Angulo face off in a super middleweight showdown Saturday night on FS1.

The former world champion wants another shot at glory. But first, he must get past the battle-tested Alfredo Angulo in a super middleweight showdown Saturday night on FS1.

Peter Quillin Caleb Truax by ND in Round 2 of 12

He wasn’t born there, but Peter Quillin is as New York as they come. The streets of Grand Rapids, Michigan, taught him to fight. The rings of New York taught him how to become a champion. Now "Kid Chocolate” stands among the elite in the 160-pound division.

Quillin’s Cuban-born father passed along his love of boxing to his son.

It was also Pedro Quillin who gave his son the nickname “Kid Chocolate,” in honor of 1930s fighter Eligio Montalvo, the first Cuban world champion.

Peter Quillin was born in Chicago, but his family moved to Grand Rapids, Michigan, when he was less than a year old.

After Pedro Quillin was imprisoned for money laundering, Peter’s mother struggled to help care for her four sons.

“Boxing came into my life when I was 7 years old. I used to be the kid that people picked on,” Quillin told Grantland.com in 2012. “I was short, I had dirty clothes. I always had to stand my ground.”

It was an upbringing that made him hungry and tough. It also helped turn him into a world champion.

Biting into the Big Apple

With just a few dollars to his name, Quillin decided to move to New York City when he was 18 years old to pursue a career in boxing.

He worked three jobs at one point to support himself—as a host at IHOP, in a butcher shop and at a Brooklyn athletic club—and slept on the floor of a friend’s apartment while he chased his dream.

In his third match, Quillin scored a second-round TKO of Willie Cruz at Madison Square Garden in March 2006.

He quickly became a local favorite, winning his first 13 fights in New York.

As the 160-pounder climbed the ranks, 14 of his first 17 wins came via knockout.

And when his opponents dropped, they dropped quickly. All 14 of those KOs came in the first or second round.

Quillin was first put to the test in April 2008, when he captured a 10-round unanimous decision over former world title contender Antwun Echols at New York’s Hammerstein Ballroom.

He received another challenge in his next fight, against title contender Dionisio Miranda in June 2008, but withstood his opponent’s attack to win a 10-round unanimous decision.

Quillin gained a 10th-round TKO of Sam Hill in his next fight, but he didn’t compete again for 18 months as he dealt with a hand injury, followed by a hairline fracture of his eye socket and then an emergency appendectomy.

Quillin, who tosses small chocolates into the crowd after his fights, returned to action in February 2010, winning a 10-round unanimous decision over Fernando Zuniga in Newark, New Jersey.

He then began working with Hall of Fame trainer Freddie Roach, and in his next fight delivered a first-round KO of Martin Desjardins in Quebec City in December 2010.

Quillin took another major step forward in April 2011, when he stepped up in weight and gained a third-round TKO of former 168-pound title contender Jesse Brinkley in Reno, Nevada.

Kid Chocolate returned to 160 pounds and gained a sixth-round TKO of fellow prospect Craig McEwan, who entered the November 2011 fight in Cancun, Mexico, with a record of 19-1.

Quillin defeated his highest-profile opponent to date in his next fight, knocking four-time world champion Ronald “Winky” Wright to the canvas once, and winning a 10-round unanimous decision in Carson, California, in June 2012.

Quillin returned to New York in October 2012 for the biggest fight of his career: a title shot against unbeaten world champion Hassan N’Dam N’Jikam.

Competing on the first boxing card at Brooklyn’s Barclays Center, Quillin floored N’Dam six times in the fight, and took the world title in a 12-round unanimous decision.

Perfection in the ring

Quillin made his first title defense against Fernando Guerrero in Brooklyn in April 2013.

Kid Chocolate knocked down Guerrero twice in both the second and seventh rounds, and retained his championship with a seventh-round TKO.

The champ was comfortably ahead on all three judges’ scorecards when the ringside physician stopped the bout because of a cut over Rosado’s left eye, and improved his record to 30-0.

Quillin successfully defended his title a third time in April 2014, winning a 12-round unanimous decision over European champion Lukas Konecny in Washington, D.C.

Quillin vacated his world title in September 2014 as he analyzed his future opponents in the ring.

“This is a difficult decision,” Quillin said in a statement, “but in order to make the fights the fans and I want against my fellow [160-pounders] at the top of the division, I needed to relinquish the title.”

Quillin returned to the ring for the first time in nearly a year when he took on 160-pound champion Andy Lee in Brooklyn, New York, on April 11, 2015, in a bout aired live on NBC.

Quillin knocked the Irishman down in the opening round, and floored him again in the third to gain the early advantage.

Lee rallied, though, and sent Quillin to the canvas for the first time in his career in Round 7.

The 12-round fight remained close in going the distance. One judge scored the fight 113-112 for Lee, while another had it 113-112 for Quillin. With the third judge scoring it 113-113, the bout ended in a split-decision draw.

Quillin returned in September with a five-round KO of Michael Zerafa but that December, he lost via first-round TKO to fellow Broolklyn native Danny Jacobs at Brooklyn's Barclays Center.

Quillin took nearly two years off following the loss to Jacobs. He returned on September 8, 2017, versus Dashon Johnson at Hard Rock Hotel & Casino in Las Vegas, Nevada. Johnson had his moments early on, rocking a rusty Quillin with a right hand in the third. Quillin roared back in the fifth, nearly inducing a stoppage with a series of power shots. He controlled the action the rest of the way, winning an eight-round unanimous decision by scores of 79-72, 79-73 and 78-74.

Afterward, Quillin remained out of the ring for almost a year. During that time, he hired Aureliano Sosa to get back to training in his hometown of Brooklyn, N.Y., where he could spend more time with his family.

The changes proved to be fruitful. On August 4, 2018, he dominated veteran J'Leon Love, winning a wide unanimous decision at the old Nassau Coliseum (now NYCB Live) in Uniondale, N.Y. His next bout, versus former world champion Caleb Truax, ended abruptly in the second round when Truax was cut due to an accidental headbutt. The fight was ruled a no-decision.

On September 21, 2019, Quillin dropped a 10-round split decision to Alfredo Angulo in what was a thrilling battle. It was a tremendous war that saw each fighter take plenty of punishment, but in the end Quillin came up just short.

"It's a lot of hard things to swallow right now taking the second loss of my career," Quillin said afterwards.