A longtime member of the Cuban national team, powerful southpaw Luis Ortiz is ready to show that he’s the world's most dangerous heavyweight. Read Bio 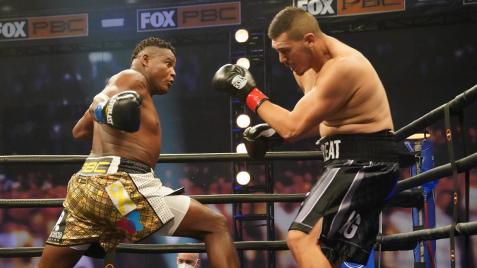 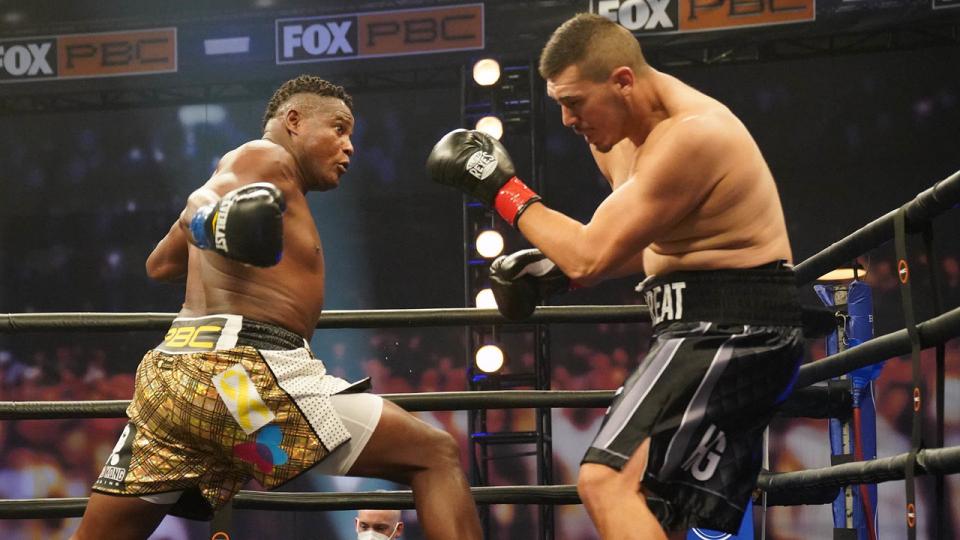 Luis Ortiz shined in his return to the ring, defeating Alexander Flores via first-round KO in their headlining battle 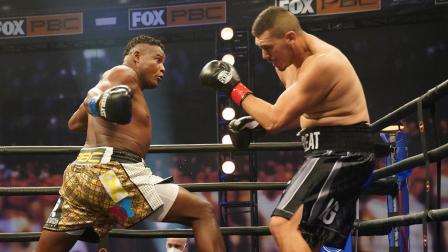 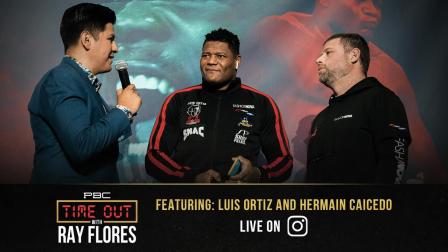 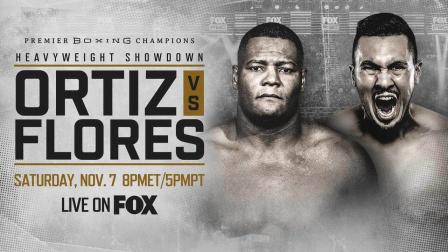 Luis Ortiz blows out Alexander Flores in One Round

The long-time heavyweight contender makes short work of his opponent Saturday night on FOX PBC Fight Night as he eyes the bigger names in the heavyweight division.

The former world title challenger plans to make a statement to the rest of the heavyweight division when he faces Alexander Flores Saturday night on FOX PBC Fight Night.

Wilder Does it Again, Knocks Out Ortiz in Seven

The WBC World Heavyweight Champion ties Muhammad Ali on the heavyweight list for most consecutive title defenses as he delivers a scorching KO Saturday night on FOX Sports PBC PPV.

Luis Ortiz Lateef Kayode by NC in Round 1 of 12

Luis Ortiz Joseph Rabotte by NC in Round 3 of 10

One of the greatest Cuban heavyweights of all time, heavy-handed southpaw Luis Ortiz remains one of the most feared men in his division, and one of the most hard-hitting lefties the weight class has ever seen.

Cuban-born heavyweight Luis Ortiz was born on March 29, 1979 (39-years-old). He began boxing to support his daughter, who has a rare medical skin condition (Epidermolysis bullosa) when she was born

Ortiz defected in 2009 to get proper treatment for daughter. Was able to bring wife Lisdey, who was eight-months pregnant at the time, and daughter Lismercedes, 30 months later.

Ortiz currently lives and trains in Miami, with Herman Caicedo, as one of the most feared fighters in the heavyweight division.

Ortiz turned pro in February 2010 with a first round stoppage of Lamar Davis. “King Kong” lived up to his moniker, winning 12 of first 14 pro fights by stoppage.

Ortiz’s finest win occurred December 19, 2015, when he stopped former world title challenger Bryant Jennings in the seventh round to win an interim heavyweight title. In his previous bout, Jennings had gone the distance versus then-heavyweight king Wladimir Klitschko.

Ortiz followed that up with wins over Tony Thompson, Malik Scott and David Allen in 2016, before knocking out Daniel Martz in 2017.

On March 3, 2018, Ortiz challenged WBC Heavyweight Champion Deontay Wilder in one of the year’s most memorable fights. Wilder dropped Ortiz in the fifth but the Cuban escaped further trouble and mounted a rally.

He had Wilder badly hurt in the seventh round, after clipping him with a right hook and then a straight left moments later. Wilder was seconds away from being stopped when the bell rang. Ortiz won the round 10-8 on all three scorecards. Ultimately, Wilder gathered himself and stopped Ortiz in the tenth.

Ortiz returned to the ring in July 2018 with a second-round knockout victory over Razvan Cojanu. He then stopped Travis Kauffman in the 10th-round of their December 2018 at Staples Center in Los Angeles.

In March 2019, Ortiz comfortably outpointed Christian Hammer over 10 rounds, setting up the anticipated rematch versus Wilder on November 23, 2019, at MGM Grand in Las Vegas, live on FOX Sports pay-per-view. Again Ortiz got off to a hot start, but the champion's vaunted right hand found paydirt in the seventh, dropping Ortiz and putting him away in that frame.

"This is boxing,” said Ortiz, who slammed his glove against the top rope after the fight in frustration. “I said that one of us was going to get knocked out and it wasn't going to go 12 rounds. I was clear headed when I hit the canvas. When I heard the referee say seven, I was trying to get up, but I guess the count went a little quicker than I thought.”

Ortiz would bounce back on November 7, 2020, when he took on Alexander Flores in a FOX PBC Fight Night main event. Flores was no match for the Cuban heavyweight, who knocked him out in the first round with a body shot.

“I’m happy I won, and I did prepare to go rounds," said Ortiz. "This guy (Flores) went three rounds with Joseph Parker and fought back, he went four rounds with Charles Martin and fought back. There’s no excuse. Those other guys needed rounds to stop him. I want Andy Ruiz.

“He needs a fight, and it makes sense. I prepared for a championship-level fight, and the new conditioning paid off, because I felt more athletic and more explosive.”